Heat turned up for Kunene roasting 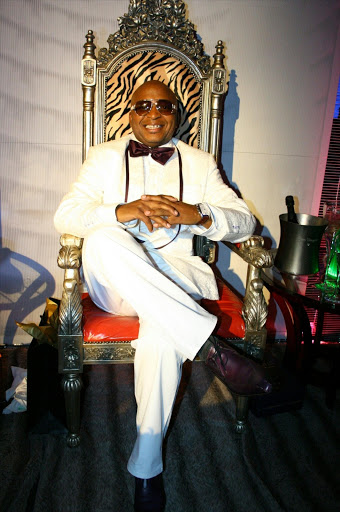 The self-professed "sushi king" makes the perfect roastee - because he's capable of taking all the vitriol in his stride, said radio and television presenter Ranaka.

She said: "He is a classic idiot. He's lived a very distorted life and he's media-hungry. But he has a sense of humour and doesn't take too much personally."

What whets our appetites about those first three names is that they have all had their fair share of scandal. We wonder whether all the celebrities will leave hand-in-hand singing Mary J Blige's No More Drama by the end of the night.

Said Ranaka: "[Kunene] laughs things off and we certainly need that in our industry because a lot of people take s**t too personally."

Ranaka knows that she will probably be slated for her below-the-belt Twitter war with the former face of Dark and Lovely, Nonhle Thema, her tantrums on and off the air, and her child by " baby daddy" Blacklez.

"There's a thing called 'karma', and it knows everything and everybody's street number," she laughed.

"Being taken down memory lane can sting," she added .

The Comedy Central Roast of Kenny Kunene will be at Gold Reef City's Lyric Theatre on April 3.