A seismic event in journalism 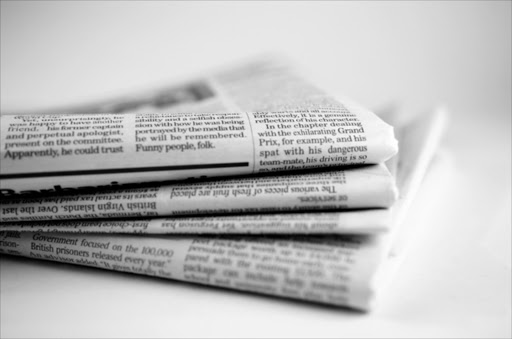 A shallow magnitude 4.4 earthquake was reported Monday morning five miles from Westwood, California, according to the US Geological Survey. The temblor occurred at 6.25am Pacific time at a depth of 5.0 miles.

According to the USGS, the epicentre was six miles from Beverly Hills, California, seven miles from Universal City .

Ken Schwencke, a journalist and computer programmer for the Los Angeles Times, was jolted awake at 6.25am on Monday by an earthquake. He rolled out of bed and went straight to his computer where he found a brief story about the quake already written. He glanced over the text and hit "publish." And that's how the LA Times became the first media outlet to report on that morning's temblor. "I think we had it up within three minutes," Schwencke told me.

If that sounds faster than humanly possible, it probably is. Though the post appeared under Schwencke's byline, the real author was an algorithm called Quakebot that he developed. Whenever an alert comes in from the US Geological Survey about an earthquake above a certain intensity, Quakebot is programmed to extract the data from the USGS report and plug it into a pre-written template. The story goes into the LA Times' content management system, where it awaits review and publication by a human editor.

The algorithm's goal, Schwencke says, is not to write a compelling or insightful story. That's up to the LAT's human staff. It's to "get the basic information out" as quickly and accurately as possible.

"Everybody else can go out and find out if anyone was hurt? Was anything damaged? What do the people at the USGS actually have to say?"

Which is just what the paper's reporters proceeded to do. By noon Pacific time on Monday, Schwencke told me, Quakebot's post had been updated 71 times by human writers and editors, turning it into an in-depth, front-page story.

Quakebot isn't the first bot of its kind at the LAT. Schwencke and his colleagues on the paper's data team modelled it on a similar bot that generates automatic reports about homicides in the paper's coverage area. Again, it's up to the humans to decide which events merit further reporting.

Robo-journalism is often hyped as a threat to journalists' jobs. Schwencke doesn't see it that way.

"The way we use it, it's supplemental. It saves people a lot of time and, for some stories, it gets the information out there in usually about as good a way as anybody else would. It doesn't eliminate anybody's job as much as make everybody's job more interesting."

Quakebot frees journalists to focus on the type of work that can only be done by a local reporter, on the ground, with a brain.

And a bot seems likely to save beleaguered scribes from scouring the thesaurus for synonyms for "blaze" (lacking an ego, Quakebot does not concern itself with elegant variation.)

Seismologists say Monday's magnitude 4.4 temblor near Westwood could mark the beginning of the end for LA's years-long "earthquake drought".

It's reasonable to expect that robo-journalism will improve over time as algorithms are refined. We've already reached the point at which LAT readers can expect to encounter the phrase: "This post was written by an algorithm."