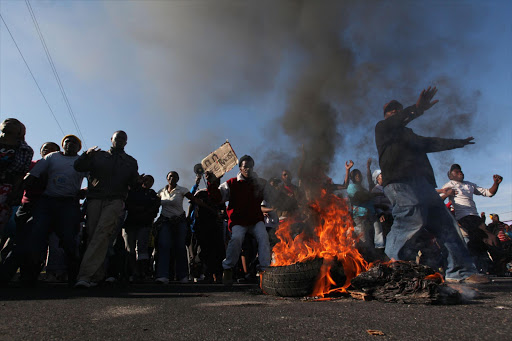 Over 50 people were found to be burning tyres.

"Members took action with a stun grenade to disperse them and they dispersed between the shacks," he said.

Public order police also attended to the stretch of highway between the Borchards Quarry and Airport Approach offramps, where people were throwing stones at vehicles through the fence.

Foot patrols made their way through shacks in the area but no arrests were made.

Van Wyk said it was unknown whether any private vehicles were damaged by stones.

The fire brigade extinguished burning rubble and removed it to the side of the road.

Van Wyk said all lanes were now open to traffic and there were "sufficient police" to combat any other incidents.