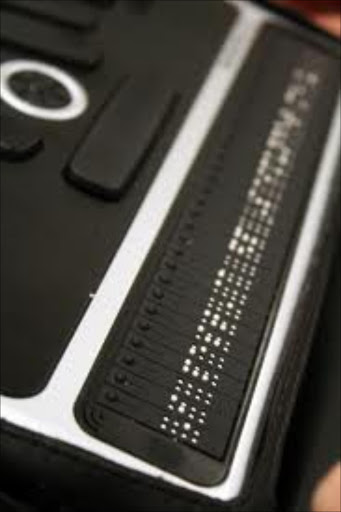 Visually impaired Western Cape schoolboy Pieter-Jans Durr is testimony to the ability of technology to bridge the gap between the academic performance of blind people and that of sighted pupils.

The 15-year-old transferred from the Pioneer School for the Blind, in Worcester, to Swartland High School, a public school in Malmesbury, in the Boland, early this year.

The Western Cape Education Department gave him an eBrailleNote Apex computer, which enables him to read textbooks in Braille. The portable computer helps him to read electronic text using an electro-mechanical display that raises dots on a flat surface.

He is also able to listen to text through computer-generated speech, browse the internet with Wi-Fi and use Bluetooth to connect with other devices.

"This machine is very helpful. It also has a scientific calculator so that I can do maths," said Durr.

"I like to call myself the gate opener because I am the first guy going through all this stuff with this new technology. I am leading the way for other kids with eye problems," he said.

"They monitor his writing on a computer that presents his work in normal text. They can also print out his assignments in standard text," said Casey.

Durr and his two older sisters were born with tunnel vision, a condition in which peripheral vision is greatly restricted.

Their mother, Mari Durr, said: "I have three partially sighted children and I have always said to them: 'I want to give you an eagle's wings so that you can flourish'.

"Other people with children who can't see should support them - have empathy for them, not sympathy," she said.

Durr wants a career in music and drama.

The provincial education department has spent more than R1-million on computers for blind pupils this year.