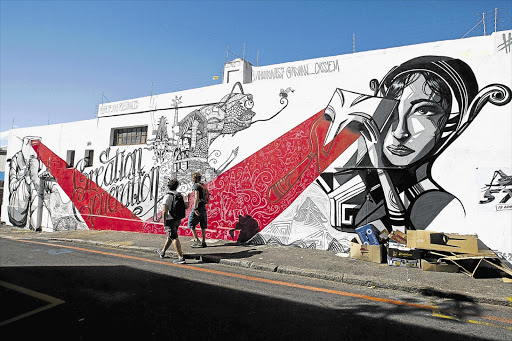 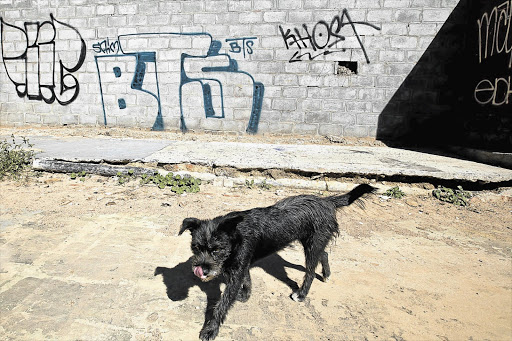 Cape Town has removed a million square metres of graffiti in favour of "positive art", which includes images of rainbows, crystals and hearts.

City councillor responsible for safety and security JP Smith said it was not the city's intention to censor art. But obtrusive art, such as gangster tags on walls, had no place in Cape Town, he said.

"You don't get to claim public space because you feel special. Don't think that the rest of us have to suffer," Smith said.

The city started its campaign to erase unwanted graffiti and gangster tags in 2012.

This week, after a clean-up in Mitchells Plain, Cape Town announced that it had scrubbed a million square metres of dubious art - the equivalent of about 148 rugby fields.

Though the city promises to continue to "expunge" invasive and obtrusive art, plans are afoot to engender "a sense of love and happiness" by utilising the talents of artist Michael Elion.

He aims to turn Cape Town into the "city of rainbows", complete with arcs of crystals and hearts.

A "road rainbow" is being tried out over Wale Street and Roodehoek, in the City Bowl.

More than 1000 crystals shimmer from lampposts and thousands more will be added.

The campaign has given momentum to Elion's Secret Love Project, which offers - at no cost - to paint heart-shaped graffiti on Cape Town walls.

Elion sells heart-shaped stickers in all colours for people to put up for display across the city.

"It's an unambiguous symbol that crosses all linguistic and cultural barriers. We all understand that it symbolises goodness, happiness and good feeling," he said.

Such ideas - and his unsanctioned "heart vote" street posters, which have been put up next to those of election contenders - are intended to entice people into thinking, Elion said.

Smith said the only criterion for public art in Cape Town, whether graffiti, statues, or any other form of visual expression, was that it be displayed with the consent of the community and did not pose a threat to the public.

"Communities must have a voice as to what happens in their back yard."