On Stage: 'Undermined' and 'Dirty Words' 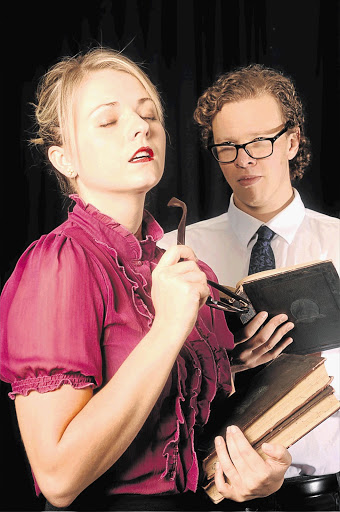 Ahead of its run at the National Arts Festival in Grahamstown, a new story about an everyday hero premieres at Cape Town's Kalk Bay Theatre.

Holding out for a hero

Written by Nhlanhla Mkhwanazi and Luke Brown, Undermined is the true tale of a Mozambican man who journeys to South Africa and works in a mine to provide for his family back home. He also has a special gift, which turns out to be both a blessing and a curse.

The production is directed by Tara Notcutt and uses the same comic book style as her work in Mafeking Road. That means it is up to the performers (the writers joined by Stefan Erasmus) to use nothing but their gestures and sounds to set the scene.

The trio paint vivid pictures of life above and below ground. While some aspects, notably the songs, might benefit from dialling down the intensity and length, Undermined is an energetic and entertaining production shows how a little creativity can go a long way.

'Undermined' is at Cape Town's Kalk Bay Theatre until May 4. Book at www.kalkbaytheatre.co.za

Jack Hardcastle may not exist, but that hasn't stopped him from writing Dirty Words, a hilarious comedy about sex.

Jon Keevy, who created the show as part of Alexander Bar's monthly "Play Things" workshop, chose to use a pseudonym due to the explicitness of the script, which includes too many colourful one-liners to remember, and some a bit too colourful to print.

(One that sticks out is: "I want to bang you like I bang ALT-F4 when Windows Explorer crashes.")

The production is not suitable for prudes but, for those who realise sex is a normal part of life, it is fun.