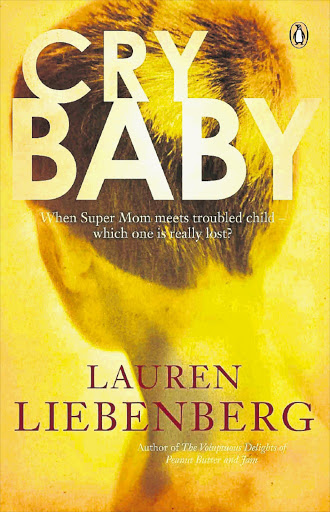 This new novel from the author of The Voluptuous Delights of Peanut Butter and Jam and The West Rand Jive Cats' Boxing Club plays by the conventions of the suburban novel, but adds a distinctly sharp edge.

It has all the required elements: Grace, the stay-at-home mom, and her successful husband, Michael, are raising their two young sons in the comfortable northern suburbs of Johannesburg. They are secure - trapped, perhaps? - in their largefaux Balinese cluster house. They have the whole package: the cars, the maid, the dinner party circuit.

It's the good life - if a little stultifying - until, of course, it isn't.

Five-year-old Sam starts to exhibit worrying behaviour: strange dreams, fights with other kids, bedwetting. His problems escalate to the point at which a potentially devastating incident occurs, and they can no longer be ignored.

Liebenberg's sharp, satirical observations give the book its energy. She describes the physical and social environment of Johannesburg's far northern reaches with wit and insight. The architectural pastiche of the MacMansions in the secure estates, the endless strips of shopping malls, the traffic, the leaflet distributers at the dusty intersections. All will be instantly familiar to anyone who has ventured towards Fourways.

The little slivers of life throughout the book make for entertaining reading. Here's Michael, complaining about the cycling epidemic that has claimed a good friend: "Now you couldn't turn a chop on the braai with the bloke without him saying stuff like: 'Five hours in the saddle this morning, my boy. Heart rate never broke 155.' Every weekend, South Africa's roads were choked with ambitious whites furiously running or pedalling against each other."

You can feel the heat when Liebenberg writes about mothers and motherhood. The discussions between Grace and her friends turn to working versus stay-at-home mothers. Even in Dainfern, women can't have it all, it seems. Most of the suburbanites have fled the corporate world for motherhood and see no way back in, leaving them, in Grace's words, "a bit resentful that your life has turned out to be barely souped up from your grandmother's".

All that's left is to snipe about the working moms (and vice versa, of course).

If it all sounds a bit tart, fear not. There's empathy for people's struggles, and a certain recognition of the beauty of everyday family life. Grace may be less than satisfied, but Liebenberg assures us of her love for her children and her deep desire to do right by them. Anyone who has ever raised children will relate to the boundless love, the recurring anxiety and the inevitable failures that make up parenting.

We have, as Grace discovers, distinctly limited control, coming up against the reality of an actual small human at the other end of the equation. And he has his own ideas.

The crisis they face prompts Grace and Michael to step off the suburban treadmill for a moment and look at their life and at each other, to consider other choices. There's no certain future, but I suspect it won't be in the suburban outback.