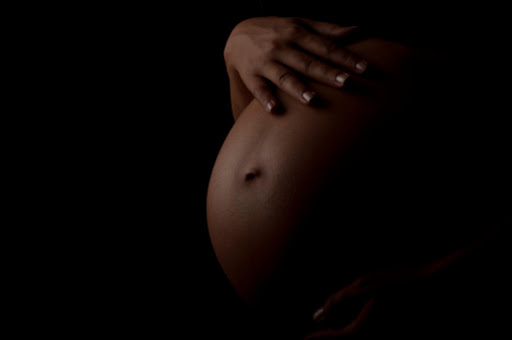 The next-highest rate in the world is between 1% and 3% in the US and France. In Sweden, by comparison, the rate is 1.2%.
Image: Gallo Images/Thinkstock

Falling pregnant out of wedlock today might still be frowned upon, parents might even disown their daughters, but Mandi Mnomiya paid a ''horrifically'' high price.

The 29-year-old was fired by a well-known company in 2008 when management discovered she was carrying an illegitimate child.

This week, Mnomiya's dismissal was set aside by the Labour Appeal Court in Durban. But it was too late: she was vindicated 12 days after dying in a car accident on May 1.

Now the Commission for Gender Equality is considering investigating the Kwasizabantu Mission, a Christian mission station in Kranskop, KwaZulu-Natal, which owns the springs where the popular aQuellé water is sourced and where Mnomiya worked.

Her mother, Nora Ngubane, is raw with emotion.

"What made it even more difficult is that I also work there. I could not speak about them firing my daughter, but I was behind her all the way. A child is a gift from God. One should not be punished for that," said Ngubane who now takes care of her six-year-old granddaughter.

Mnomiya was a general assistant at the Ekhamanzi Springs factory where aQuellé water is bottled.

When Mnomiya, who was about four months' pregnant at the time, arrived at work in April 2008 security guards turned her away.

Manager Nico Bosman informed her that she had breached one of the mission's rules.

The mission dictates that "unmarried women staying and working on the premises are not allowed to fall pregnant."

In court, the company argued that Mnomiya had resigned, failing to return to work after being barred.

But the Labour Appeal Court dismissed this argument on Tuesday when it confirmed an earlier order that found Mnomiya was unfairly dismissed.

"The incontrovertible fact is that the respondent's employment ceased due to her pregnancy," the court found.

The constitution outlaws discrimination on the grounds of both pregnancy and marital status, as does labour legislation.

"A provision in any agreement that has the effect of denying female employees access to their workplace on account of their pregnancy is discriminatory," the court ruled.

It found that the company's employment terms and conditions had been blurred with the mission's code of conduct - which Mnomiya had not signed.

The court ordered the company to pay Mnomiya 12 months' compensation. The money will go to her family.

"I'm just glad it's all over," said her mother.

"The money is not a lot but it will help with raising her child and pay for her school fees."

Bosman said yesterday he and Ekhamanzi Springs were not ready to comment.

"Labour law respects pregnant women's rights. This goes against everything that the constitution stands for," Bagraim said.

"Unfortunately, it is still common practice to discriminate against pregnant women."

Javu Baloyi, spokesman for The Commission for Gender Equality, described the dismissal as "a serious human rights violation".

"It is very sad, and a serious issue. It is something that we would pursue. It infringed on her rights as a pregnant woman and is not something that should be allowed."

It has been in existence for three decades and runs a church. It believes that the Old and New Testaments are the word of God and there is only one true God.

The mission's website offers advice on what to consider before accepting friend requests from your parents on Facebook.

It believes "government is appointed by God (both good and bad governments) and should be obeyed as far as possible".

It is anti-abortion: "Abortion is to be completely rejected on the grounds that it is in direct contravention of God's explicit command 'You shall not murder'.

"We also unconditionally reject all violence against abortion centres and those who perform abortions," the mission says.