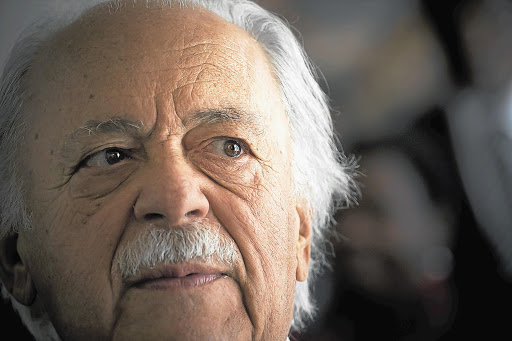 A police officer negotiating with violent strikers in Marikana in August 2012 had no prospects of success, the Farlam Commission of Inquiry heard on Thursday.

"Your negotiating was foreign to the people who were on strike. In order to be a successful negotiator you have to give something back," George Bizos SC, for the Legal Resources Centre, said during cross-examination.

He asked Lt-Col Stephen James McIntosh, a hostage negotiator at Marikana, near Rustenburg in the North West in August 2012, what he had offered the strikers. McIntosh said he offered safety and security.

"The briefing we received was to disarm [the strikers]. We were there to negotiate peace. We do not negotiate on behalf of employers or labour brokers," McIntosh told the commission, sitting in Pretoria.

Bizos said the workers' weapon was to withdraw their labour to bring about a just solution to their problem.

"What did you offer them in relation to their main demand?" Bizos said.

McIntosh said police told strikers they were not there to negotiate labour issues. He said he was there as a messenger and negotiator.

Bizos said he would argue that McIntosh was incompetent as a chief negotiator. He asked McIntosh if he agreed that to be a good negotiator one had to show independence. He agreed.

Dali Mpofu SC, for the wounded and arrested miners, suggested that McIntosh could not be an independent negotiator because he was working for the police, and that there was a dispute between the strikers and the police.

McIntosh said police worked in the interests of the community.

"Would you agree that from the strikers' point of view, they did not feel unsafe?" Mpofu asked.

McIntosh agreed, but said when the strikers moved away from the hill near the Lonmin mine they were not safe, as there had been attacks.

Mpofu said McIntosh's experience was not relevant as it was in child protection and hostage situations. McIntosh said he had experience in serious and violent crime.

Mpofu asked McIntosh if the failure to meet the strikers' demands was an impediment to resolving the crisis.

"I cannot say that," McIntosh said.

The commission is probing the deaths of 44 people during the violent strike. Thirty-four people, mostly striking mineworkers, were killed on August 16, 2012. Ten people, including two policemen and two security guards, were killed during the preceding week.