US ban is Mos Def-initely untrue 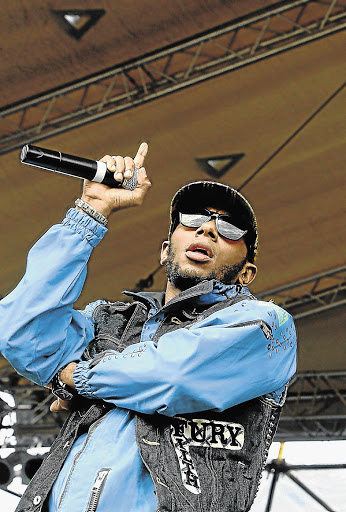 A friend of Mos Def, the US rapper living in Cape Town, has denied rumours that the star was this week refused entry to his native country for an upcoming tour because of "immigration and legal issues".

Abdi Hussein, another American living in Cape Town, said it was a "complete lie" that Mos Def was barred from the US, saying the rapper had merely "moved the dates" for his tour because he was working on other projects in Africa.

The organisers of the Together Boston musical festival wrote on the fest's website: "We regret to inform you that due to immigration/legal issues Yasiin Bey [Mos Def's real name] is unable to enter back into the US and his coming US tour has been cancelled."

In July, Mos Def posted an online video of himself submitting to force-feeding similar to that imposed on hunger strikers at Guantanamo Bay, Cuba, where al-Qaeda suspects are held.

Fans vented their anger on Twitter. @ImaniSoPoetic wrote: "So, the US bans Mos Def from entering this country but lets Justin Bieber stay."

@taygogo wrote: "That's the price you pay for protesting the actions of the US government. Yasiin Bey was born in the US. He's a citizen. Yet they're barring him from entering."

But Hussein told The Times yesterday: "[Mos Def] has never attempted to enter any country and been refused. It's a complete lie.

"In fact, if there was anything criminal against you, they would invite you back so they could lock you up."

A smiling Mos Def can be seen next to Johannesburg-based visual artist Kudzanai Chiurai in a picture posted by singer Simphiwe Dana on Twitter yesterday morning.

The trio are in Ethiopia for the Africa Re-imagination Creative Hub, at the African Union's headquarters in Addis Ababa, as part of the AU's Agenda 2063, which is "a global strategy to optimise use of Africa's resources for the benefit of all Africans".

Mos Def said that though associates had called him "crazy" for relocating to somewhere "light years away", he fell in love with "the good vibe" of Cape Town.