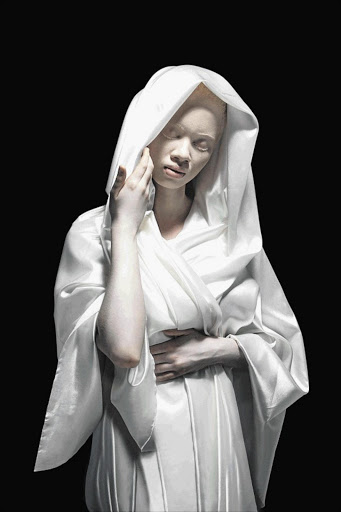 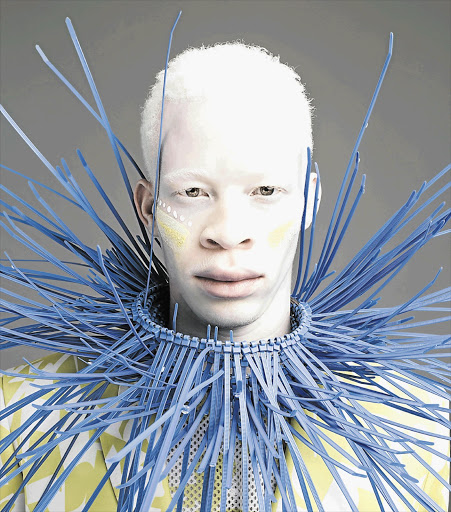 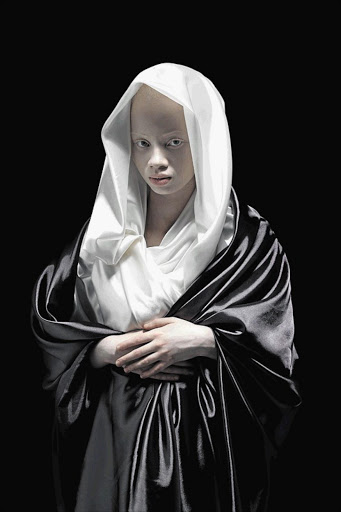 As we know, people can be intolerant of difference. Often the ugliness of humanity comes to the surface when we're faced with the unexpected, especially when it comes to appearance.

But there's change afoot as fashion moves towards a trend of seeing different as unique and beautiful - encouraging us to stare in a positive sense.

Pigmentation conditions such as albinism and vitiligo are the latest focus of the beauty conscious.

Models with these conditions are popping up frequently on the catwalk, in local and international magazines and on gallery walls.

"The changing perception is one of acceptance in some audiences," says photographer Chris Saunders, who worked with Francois Ferreira to conceptualise and shoot an editorial for GQ online, based on African identity and stereotyping.

They used Sanele Junior Xaba, a model with albinism, for the shoot.

"Once something enters mainstream media, people tend to accept what they see," Saunders says.

Albinism affects melanin production and results in little or no pigmentation in the skin, hair and eyes.

Vitiligo occurs when melanocytes, the cells responsible for skin pigmentation, die or are unable to function, causing depigmentation of parts of the skin.

Although these conditions are still often greeted with unjust negative perceptions, local and international models are choosing to harness their uniqueness to help change perceptions.

The most famous examples are Americans Shaun Ross and Chantelle Winnie.

Ross has appeared in music videos for Beyoncé, Katy Perry and Lana Del Rey and numerous fashion editorials. He has spoken about growing up in The Bronx and about the bullying and a stabbing he endured as a child because he was born different.

Vitiligo spokesperson Winnie - who appeared in America's Next Top Model - has become an inspiration because of her positive outlook and self-acceptance.

Locally the same thing is happening with legal prosecutor Thando Hopa, whose collaborative efforts with photographer Justin Dingwall make use of her visibility to address the negative perceptions surrounding albinism.

What started as a fashion shoot for Gert Johan Coetzee has turned into a two-year exploration of the aesthetics of albinism in contrast with the idealised perception of beauty.

Hopa explains: "I'm a black girl who lives in the skin of a white person and that alone should embody what a human as a whole should represent," she says - tolerance, acceptance and understanding of differences."

Let's hope this is not a fad and inspires a permanent shift towards rewiring our perceptions regarding universal standards of beauty.