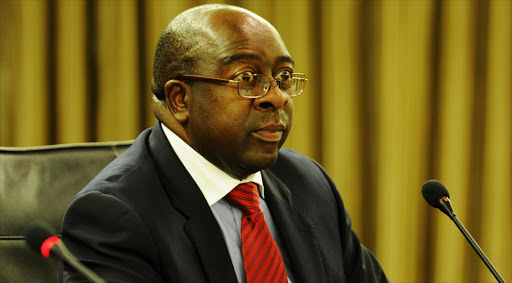 Finance Minister Nhlanhla Nene has called on his cabinet colleagues to moderate their appetite for new luxury vehicles, saying that he would stick with his old car.

And provincial premiers have taken a cue from Nene by warning MECs to use available vehicles instead of purchasing new ones.

But it remains to be seen whether the new ministers will resist the temptation to spend.

Nene and several premiers were adamant that they would not buy new vehicles.

"I have taken a decision not to purchase a new car and will continue using the one I used as deputy minister [a R550000 Nissan Pathfinder]. We will be calling for moderation given the current growth environment," said Nene.

According to the ministerial handbook, members of the cabinet and their deputies may spend up to 70% of their gross incomes on ministerial vehicles.

In the case of a minister who earns R2.1-million a year, this means that he would be entitled to a car worth R1.47-million. A deputy minister could be whisked around in a car worth up to R1.1-million.

Ministers and their deputies a re entitled to two official state vehicles , for Pretoria and Cape Town, as per the ministerial handbook.

Former Finance Minister Pravin Gordhan had called for austerity among his cabinet colleagues by suggesting that their vehicles cost no more than R600000, but the DA's Ian Ollis said that had fallen on deaf ears: "The ministerial handbook [which justifies this present spending] has not yet been altered to fall in line with the recommendations [from Gordhan]."

President Jacob Zuma's cabinet of 35 ministers and their 37 deputies are estimated to cost South Africans more than R1-billion this year, including their remuneration and perks such as cars and accommodation.

Premiers are also entitled to buy luxury vehicles, but most said they would not succumb to the temptation.

Mpumalanga premier David Mabuza caused an uproar recently when it was discovered that he bought himself a Range Rover and an Audi A8, both worth R2.8-million.

His spokesman, Zibonele Mncwango, yesterday said: "There are no plans to buy new cars, and there is no need for new cars."

North West premier Supra Mahumapelo, who has inherited an almost-new vehicle that was used by his predecessor, Thandi Modise, was "covered" and would not be buying another vehicle, said his spokesman Lesiba Kgwele.