Art Spot: Rubber ever after 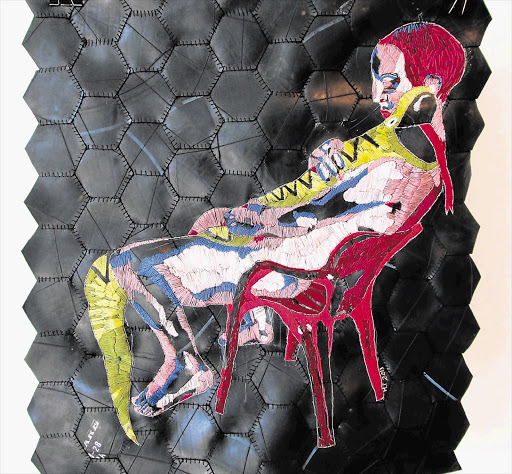 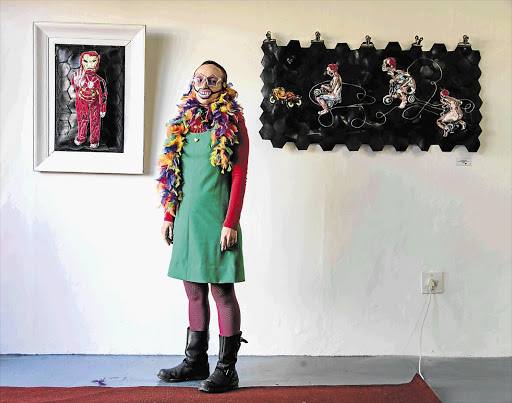 Dramatic, darkly playful - and very, very different: it's no wonder that Hannalie Taute's Rubber Ever After, a series of artworks combining embroidery with rubber, created a stir at the Absa KKNK in April, winning the festival's Kanna Award for Best Visual Arts Exhibition.

"I've been exploring the theme of 'relationships' and 'play' for a couple of years, trying to figure out the psychology behind them - especially relationships with toys and dolls," says Taute, 36, a self-confessed doll collector.

Rubber doesn't decompose easily, inspiring Taute to use the "ever after" world of fairy tales to visually explore the connections she has with objects, her spouse, and her children.

She has worked with the medium since 2012, when she started making rubber toys to earn extra cash. A client's request to embroider her child's name on a toy helped her realise she wanted to take this further, so she taught herself embroidery from a library book.

"A lot of inspiration came from books and stories. As Margaret Atwood once said: 'In the end we're all just stories'," says the Stillbaai-based artist.

The pieces invite viewers to create their own narratives, some rooted in familiar territory, such as the colourful queen with a doily crown who stares down from her frame in Rubber, rubber on the wall. Others leave more to the imagination: a woman wrestling with a snake in No Hard Feelings; kids on pushbikes in Back to the Future.

In less poised hands, a revisiting of such well-trodden fairytale turf could have resulted in something desperately unoriginal. But from Grimm to Disney, Taute is both unfazed by the crowded history that comes before her, and has proven capable of creating something invigoratingly new.

Combining the disarming gentleness of needlework against the ominously smooth blackness of the rubber, Rubber Ever After weaves deft humour with a darker mystique, allowing whimsy to stand in contrast to something sinister - and for the two to overlap.