Too hot to be stopped by savage backlash 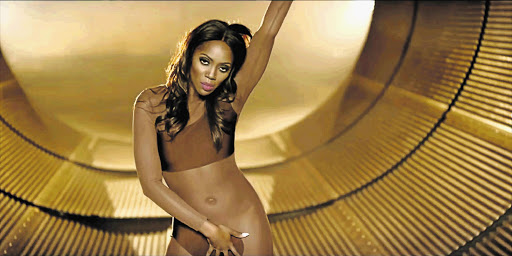 HONKY-TONK WOMAN: Tiwa Savage in her 'Wanted' video, which has got broadcasters and letter-writers all riled up
Image: YOUTUBE

Nigerian pop star Tiwa Savage has copped lots of flak of late - and been called all sorts of names - for her latest, racy, music video.

But when she was named female artist of the year at Saturday's MTV Africa Music Awards, in Durban, she made a point of bringing out the one person who has supported her even when the video for Wanted (and Love Me, Love Me) attracted the disapproval of TV broadcasters and parents - her husband, Tunji Balogun.

She spoke to The Times about the backlash against her, and the slut-shaming of other international female pop stars such as Rihanna, Miley Cyrus and Beyoncé.

"[Being sexual] is something we're comfortable with behind closed doors but very uncomfortable with in public," she said. "But, fortunately, as artists we have the platform to do things that a lot of people might not be able to do. I felt like I was at a stage in my life at which I was very comfortable in my skin.

"I'd worked on my body and I wanted to do a video that was pushing the envelope - that would have people talking and open up a conversation."

Savage was recently the subject of an open letter by a Nigerian housewife, who advised her "not to give in to the pressure of the 'sex sells' attitude in the music industry", and not to "add to the factors contributing to societal decadence", and even "I didn't want to say this, but a husband who truly loves you is supposed to protect his wares and not make you do whatever to stay in the public eye".

In the video she writhes and gyrates suggestively in a skin-toned onesie and gold high heels like Kelly Rowland in Lay It On Me.

Savage said her video was clearly rated for people over 18.

"I feel that while being a role model I also need to explore my life as a woman and target the adult market.

"There are a lot of people who love the video and are inspired. You learn you can't please everyone, so you do what feels right at the time."

She said she wasn't surprised that some broadcasters had censored the video.

"A lot of times you look at an artist and you think what they do on stage is their lifestyle, but just because we portray a certain thing on stage doesn't mean when we get off the stage we sleep with every guy we see," she said.

"It's just a persona. I don't think anyone can look at my life and see any scandal.

"That's what parents should be teaching their children. Whether Tiwa Savage does it or not, they will have access to certain things that are bad, so we need to teach them how to decide between good and bad."