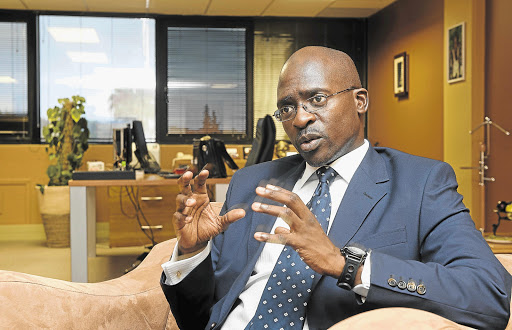 THE MIXTURE AS BEFORE: Public Enterprises Minister Malusi Gigaba agrees that SAA is overstaffed, but he says the government's policy to prevent job cuts must be adhered to
Image: MARTIN RHODES

The Pretoria High Court ruled yesterday that Gigaba was in contempt of an August court order directing him to decide within 30 days whether or not Frederik Ngubane, who is stateless , could become a permanent resident of South Africa.

Ngubane was born in South Africa in 1990, spent much of his young life in Kenya and Uganda, and has no papers. His parents are dead.

Gigaba has been given a five-day grace period to reach his decision.

The ruling comes after Lawyers for Human Rights, for Ngubane, 23, acted after Home Affairs failed for almost two years to decide on the case. The original order was against former minister Naledi Pandor.

The lawyers said if Gigaba fails to act they will ask the court for jail time rather than a fine.

Ngubane said: "I am excited that something is happening. Just to know my way forward is great. I am trying to be hopeful, as for the last year nothing has happened."