Free-range food a can of worms 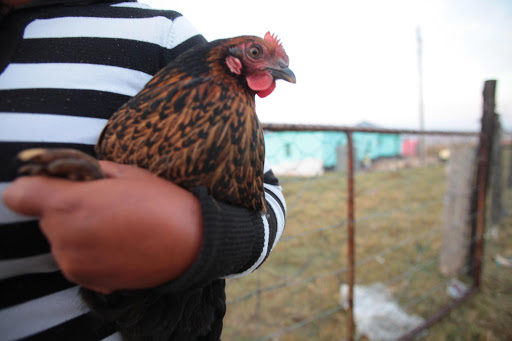 There is no such thing as a happy chicken, according to Beryl Scott, the national chair of animal rights organisation Beauty without Cruelty.

Though consumers have the option of buying free-range eggs and organic meat, South Africa does not have laws that clearly define the terms "free range" or "organic". This leaves retailers to use their own interpretations and audit systems of what a free range lamb or an organic tomato is.

The managing director of Elgin Free Range chicken farm, Jeanne Groenewald says: "Sadly, there is only a draft bill for free range. As a result people are able to abuse the term 'free range' freely."

Shoprite spokesman Sarita van Wyk says draft regulations for organic products have been in existence for more than 10 years and gone through numerous drafts, but still not been promulgated.

"South Africa currently has no legislation, regulation or standard that controls organic agriculture production," she said.

But the spokesman for the Department of Agriculture, Forestry and Fisheries, Boitshoko Ntshabele, says there is a law defining what makes a chicken free-range. For a hen or its eggs to be labelled free-range it needs to spend at least six hours a day outside and cannot be caged.

But Lara Whybrow, who runs an ethical farming website, says the law "is too vague".

Scott agrees: "There is no such thing as a 'happy' chicken; all suffer from birth to death. Although free-range birds might be a little happier than their factory-farmed counterparts, they still live in sheds where as many as 20000 birds are closed in at night.

"I have been to large retailers' free-range farms and the hens had their toes clipped off, as do factory- farmed birds, and many suffered from bald patches, as do their factory-farmed cousins."

The CEO of the South African Poultry Association, Kevin Lovell, said: "The only way to really know when you are getting free-range products is to rely on the audit systems of the retailers."

The Times asked the four major grocery retailers how they determined free-range chicken or beef.

Shoprite, Pick n Pay and Woolworths said they had high standards that animals should be outside during the day. They all have external auditors who check farms that supply the meat. Spar did not respond to queries.

"Free-range eggs are eggs from poultry that is never caged and has daily access to an outdoor range area. [Our] free-range poultry and egg producers have regular independent third-party audits completed on their facilities."

Van Wyk said questions about how much space each chicken had and for how long they were outside should be directed to suppliers.

Cindy Jenks, general manager of Pick n Pay's technical division , said its beef, lamb and pork products come from suppliers that do not use growth regulators, antibiotics and animal by-products in feed.

"Our free-range meat is produced on farms where animals are reared outside. For red meat there isn't any national standard, but we have based ours on good management practices . and ethical handling and treatment of animals."

Jenks said farms that supplied free-range eggs were audited by the SA Poultry Association, which had higher standards for free-range chickens than the law.

Woolworths said: "We do not allow the use of routine antibiotics and growth hormones in any meat.

"To manage compliance, our suppliers are routinely audited by our technologists, as well as independent auditors."

But for Scott these measures are not enough: "Though free-range birds may live happier lives, the male chicks are still killed, mostly by shredding, while still conscious, and the death of end-of-lay hens is the same as for factory birds."