'Gordimer gave all of us a voice' 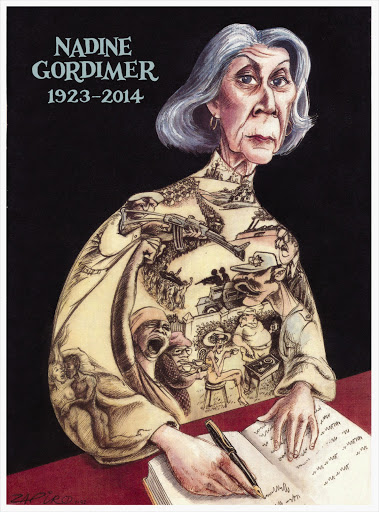 The death of Nobel laureate, international literary giant and apartheid adversary Nadine Gordimer has brought an outpouring of tributes.

Though some admitted she could be "bossy" and "grumpy", few could dispute her long and principled stand against apartheid or her skills as a writer.

Gordimer, 90, who edited Nelson Mandela's famous "I am prepared to die" speech, died in her sleep in her Johannesburg home on Sunday.

The Ahmed Kathrada Foundation, speaking on behalf of Kathrada, said of her: "Nadine was a prolific writer. I met her before I went to prison, but it was after I was released that we came to know one another better, to the extent that I had the privilege of calling her my friend.

"She was a very progressive political thinker and she was quite outspoken on issues which she felt strongly about. She openly made her beliefs known, regardless of who [it might displease]," he said.

Kathrada also said that Gordimer was passionate about freedom of speech.

"She was very much against arbitrary censorship."

Wits University English professor Michael Titlestad said that, until a few weeks ago, Gordimer still dedicated a few hours of every morning to writing.

"She had done so ever since she was an adolescent, testament to her incredible dedication to her craft.

"Her career made her an archivist of South African history, with her showing what it felt like to be South African.

"Through her writings and work with organisations dealing with young writers, she left behind a strong developmental legacy."

He said: "Nadine was very generous to people who she respected and very 'grumpy' with people she didn't.

"One of the bossiest people I knew, but if people were sincere and committed, she would do absolutely anything for them."

Close friend Maureen Isaacson said Gordimer was a "person unlike anyone else I have met".

"She was unwavering in her commitment to social justice."

Award-winning author Mandla Langa said: "Very few writers in this country can claim not to owe some debt of gratitude to her. She gave us the courage to have a voice. She got her hands dirty. She was small in stature, but dynamic."

Gordimer was an ardent critic of the proposed secrecy bill and said of post-apartheid South Africa: "I am afraid we have not done with our freedom what we said we were going to do.

''And that makes it now the worst of times because it is a great disillusion, having emerged from a terrible past while we are making in many ways a mess of the present."