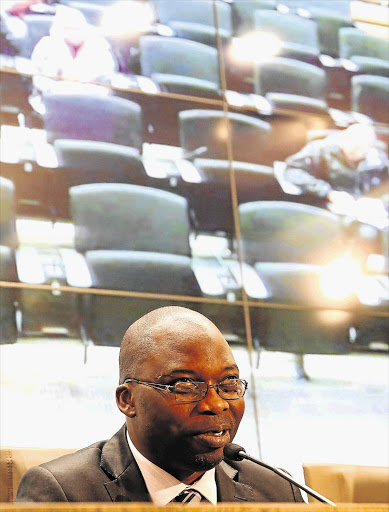 Masutha said his newly merged department would encourage the courts to use the diversion of sentences programme instead of increasing the prison population.

In terms of the programme, a person found guilty of shoplifting would be sentenced to community service instead of being jailed. The plan has been welcomed by crime experts and opposition parties.

"A multi-pronged overcrowding-management strategy was adopted, including strengthening diversion programmes, alternative sentencing, building of additional bed spaces, better management of the parole system and the promotion of social reintegration and reduction of reoffending," said Masutha before presenting his budget in the National Assembly.

He blamed high numbers on minimum-sentence legislation, introduced several years ago and intended to show government's commitment to fighting crime.

He said the length of time remand detainees spent incarcerated before appearing in court added to the problem.

DA MP James Selfe said while "monsters" who committed violent and serious crimes deserved to be punished, not every offender belonged in prison.

"South Africa also needs a regime of unpleasant, corrective but non-custodial sentences that can be applied in particular to first-time, non-violent and young offenders," he said.