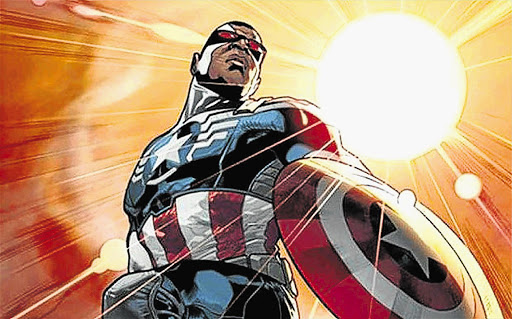 Captain America, the Marvel comic superhero who has been an American symbol since the 40s, will now be replaced in the newest comics by Sam Wilson, an African-American.

This was announced on US comedy news show Colbert Report on Wednesday.

The storyline is built around the retirement of Captain America's original alter ego, Steve Rogers, who finds he has lost the extraordinary strength and agility he had once gained from injections of performance-enhancing "super soldier serum".

Rogers will hand the Captain America persona to his much younger friend and cohort.

Coming from New York's Harlem district, Wilson was already a member of the superhero team, the Avengers, under the mantle of the Falcon.

At the behest of the original Captain America, he will now change his costume and become arguably Marvel's most famous superhero. Although this news has shocked some, many fans predicted it.

This is not the first black Captain America; the first was Isaiah Bradley in 2003.

Marvel has been striving for more diversity in its most famous characters, shaking up the comic book status quo.

Marvel executive editor Tom Brevoort said: "It's about time. In 2014, this should be a thing that we shrug off, it shouldn't be seen as revolutionary, but it still feels exciting."

The news comes just days after Marvel announced that Thor would now be a woman.