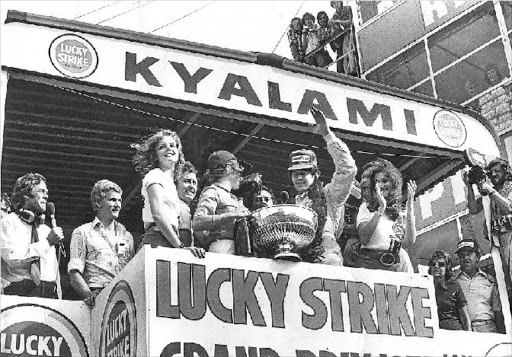 The Kyalami race circuit, which has hosted racing greats including Ayrton Senna, was sold at an auction for R205 million in Johannesburg on Thursday.

It was sold to a telephone bidder in an auction lasting around one minute and 50 seconds.

The Times newspaper has learnt that the buyer is Porsche SA.

There was a palpable sense of anticipation in the packed hall before the auction started.

Journalists and cameramen on the sidelines jostled to get a view of the action, as those attending the auction chatted in their seats.

There were also telephone bidders calling in from other provinces and overseas.

The auctioneer explained the rules of the auction, including that the bar would only open after all bidding was closed, in accordance with the law.

Lot 25 of the auction Farm Bothasfontein, better known as Kyalami, is a 72-hectare property in Midrand.

The auctioneer rattled off the bids, amplified through the hall, with such speed that it sounded as though he was speaking in tongues.

Last Thursday, the company's joint managing director Lance Chalwin-Milton said in a statement that the auction would go ahead, following a court application seeking to prevent it.

Eleven applicants had contended that they had certain rights to the Kyalami track, but these claims were either waived by agreement or abandoned.

The court ordered that the auction could proceed, but the reserve price was revised to R200m from R129m.