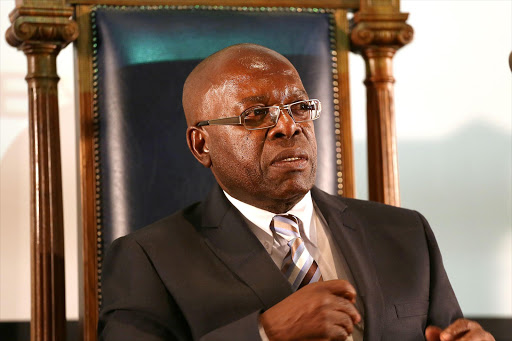 The commission of inquiry into the multibillion-rand arms procurement deal faces a fresh crisis - two top advocates involved in gathering evidence about alleged kick-backs and corruption have quit.

The Times has learned that advocates Barry Skinner SC and Carol Sibiya wrote a 15-page letter of resignation to commission chairman Judge Willie Seriti this week.

They said they were being treated disrespectfully by advocate Fanyana Mdumbe, the commission's head of legal research and Judge Seriti's right-hand man.

The latest resignations bring to five the number of people who have left the commission.

Commission spokesman William Baloyi said yesterday that the commission could not "confirm or deny" the latest resignations: "Such issues are dealt with internally."

The Times has, however, established that Mdumbe wrote a memorandum, read out to the commission earlier this week, that allegedly contained incorrect information about a key witness that the two evidence leaders had been consulting, businessman Dr Richard Young.

Young was due to appear as the first witness in phase two of the commission hearings on Monday, but told the commission that he would be unable to attend because of, among other reasons, having had a corneal transplant.

Mdumbe, in responding to Young's notice, implied that Skinner and Sibiya had failed to alert the commission about the travel arrangements made to enable Young to testify before the commission.

"Dr Young inquired from advocates Skinner and Sibiya about travel arrangements and received no response. This inquiry was never brought to the attention of the commission," wrote Mdumbe.

Young told The Times yesterday that his lawyers told the commission on July 17 that he would not be able to testify on Monday.

"The commission was informed that I had just had an eye operation and that my witness statement, which is supposed to be prepared by [the lawyers], was not ready.

"I wrote about 10 e-mails to the commission in six weeks explaining to them that I won't be able to testify without a properly prepared witness statement," said Young.

The businessman lashed out at the commission for, as he put it, trying to make him a scapegoat for its incompetence.

"They had my evidence for three years but they started trying to work on my witness statement only three weeks ago," he said.

Political analyst Ralph Mathekga said the string of resignations fuelled perceptions that the commission would be a "whitewash".

He said that the way in which Judge Seriti had presided over it would do little to clear it of suspicions that it would not yield anything meaningful.

"From the start, when President Jacob Zuma announced the commission, there was a court action under way that he might not have won.

"It would appear that President Zuma could have been compelled by that court action to set up the commission.

"These resignations do not help the commission to remove the perception that it was not set up to procedurally arrive at anything meaningful.

"The manner in which Judge Seriti is conducting the commission has not been able to exonerate itself [from the belief] that it is a whitewash," said Mathekga.

The commission was initially given two years in which to investigate allegations of graft in the arms deal. This was extended to November.

Judge Seriti has another six months in which to submit a report to the president.

Advocate Norman Moabi quit the commission last year, claiming that it had a "second agenda". He was followed by legal researcher Kate Painting, who said fear was the "common theme" at the commission.

Judge Seriti was accused of being obsessive about controlling information .

He denied all the assertions.

It was business as usual inside the Tshwane metro council chamber yesterday as advocate Simmy Lebala was introduced as the evidence leader by Cape Town mayor Patricia de Lille.

De Lille produced a "dossier" in parliament in 1999, when she was a PAC MP, that implicated several people and companies in arms deal corruption.