Oscar Pistorius ad banned for cashing in on tragedy 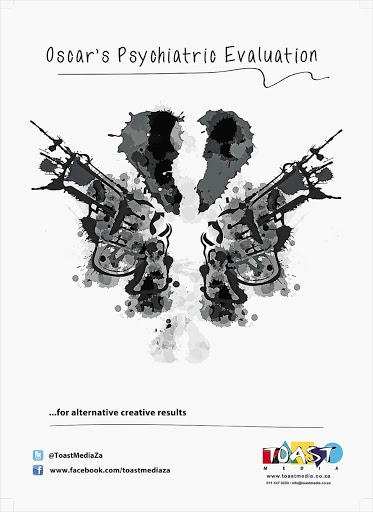 Attempting to cash in on Oscar’s Pistorius’s shooting of his girlfriend Reeva Steenkamp has landed an advertising agency in hot water.

In a recent ruling, the Advertising Standards Authority ordered Johannesburg agency Toast Media to immediately remove a newspaper advert that purported to portray Pistorius’s mental state. It was also banned from publishing the advert ever again.

The offensive advert was published on May 27, a day after Pistorius, who is on trial for the murder of Steenkamp in the Pretoria High Court, started psychiatric evaluation at Pretoria’s Weskoppies Psychiatric Hospital.

The newspaper advert – with the headline “Oscar’s psychiatric evaluation” - contained a Rorschach inkblot, showing the images of two handguns and a broken heart in the inkblot, followed by the words “… for alternative creative results” and the agency’s contact details.

The test is used to determine personality traits and emotional function by interpreting 10 inkblots.

Put out by the advert, Cape Town reader David Beelders lodged a complaint with the authority, saying it “presents a twisted mental image of Oscar Pistorius and pre-empts what the psychiatric evaluation will reveal”. It was also “insensitive and offensive” to Pistorius’s family and friends, Beelders said.

But, Toast Media defended its advert, saying it was not created “to offend or depict vulgar views”, but the agency wanted to use the imminent results” of Pistorius’s evaluation as “a platform”.

“Causing offense or coming off as foolhardy and insensitive was not the intention. The aim was to illustrate its creativity in view of the country’s current affairs,” the agency said.

But the authority ruled the advert was in bad taste and capitalised “on this tragedy for commercial gain”.

“It communicates as a matter of ‘fact’ that Pistorius is preoccupied with guns, which led to this tragedy, and in doing so is likely to be perceived as offensive against current public sensitivities,” the authority found.

Speaking to The Times yesterday (5-8-14), Toast Media’s Neo Mothopeng said that, while unhappy with the ruling, the agency did not intend to appeal it.

“We not happy with the judgment because we didn’t intend to offend anyone… If you put something into the public, people will interpret it differently,” Mathopeng said.