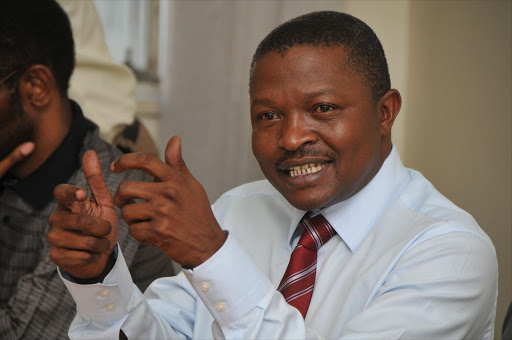 Mpumalanga plans to close a private school that has been at the centre of a sjambokking scandal.

Paballo Seane, 19, a Grade 12 pupil at Cefups Academy, which is on a farm 11km outside Nelspruit, died in hospital over a week ago after allegedly being sjambokked by a teacher. She was buried on Saturday in her home town, Bloemfontein, in the Free State.

The provincial education department is withdrawing the school's registration.

Mpumalanga Premier David Mabuza said on Saturday that if an investigation by the education department found that Seane's death had been caused by corporal punishment the school would be closed.

"We have a law that abolished corporal punishment," he said. "We must find other creative ways to discipline children."

A report into Seane's death has been handed to Mpumalanga education MEC Reginah Mhaule but its contents are secret.

But more evidence of corporal punishment at the school has emerged from witnesses, one of whom is Deputy Minister of Higher Education Mduduzi Manana, a former pupil of Cefups Academy.

"There were definitely incidents of sjambokking, which I recall," Manana told The Times.

Manana was deputy president of the students' representative council in his matric year.

He said the SRC had spoken to the school's management about the whippings and the incidents "became very minimal".

"But I was quite vocal against the use of corporal punishment when I was there," Manana said.

He said he had learned of Seane's death "with great dismay and shock".

"We don't know yet if the death of the pupil can be linked to corporal punishment.

"If it is related to sjambokking, it would be unfortunate. It can't be that it's still done because it means that all attempts to convince management have been reversed because we spoke very strongly to them."

The school has a history of corporal punishment. In 1999 the founder of the school, Simon Mkhatshwa, was sentenced to three months' imprisonment or a fine of R1000 after being convicted of publicly sjambokking a teacher.

Mkhatshwa has not commented on Seane's death and refused to allow The Times onto the premises last week.

Mkhatshwa was described by Manana as a "typical traditional man who believed that what must happen at school was teaching and learning and nothing else".

This week parents threatened to take their children out of the school.

"The school has produced many top people," Manana said. "If it still practises corporal punishment then that is wrong. I would call for the elimination of punishment in all its forms."

Seane's family this week said they would not have enrolled her if they had known about its history of violence.

Her eldest brother, Seane Seane, 27, said: "We do feel justice needs to be served."

He said the family was waiting for investigations by the police to be concluded.

Mabuza said a government delegation would meet Seane's family in Bloemfontein this week.

Seane described his sister as a "fun-loving person".

"She would light up any room she walked into," he said.

He said his mother, a specialist in the Free State education department, and his younger sister, had spoken to his sister a week before she died.

"There was no hint of problems. She was very excited about her results."

Asked if the school had offered an apology to the family, he declined to comment.

Mhaule said the province still viewed attributing the cause of death to corporal punishment as an allegation.

"We want to establish if corporal punishment takes place at the school," she said.

"We sympathise with the family. Taking your child to another province to study, and for your child to come back as a corpse, is not something the parent was expecting."

A parent of a Grade 11 pupil said the children were not safe at the school.

"It's late in the year now but I am definitely not leaving her there next year," she said.

She said parents were allowed to speak to their children only once a month when they visited the school.

"[Other than that] we are not allowed to speak to them at all, not even on the cellphone after school hours," the mother said.

She said her daughter had been beaten with a sjambok on one occasion.

Another parent said he was sorry that a pupil had died "but we can't do anything about it".

He said he had not spoken to his daughter about the incident because they were not allowed to speak to their children during school hours - or even after school.

"I am worried but what can I do. It's the middle of the year. I can't take my child out. We are just hoping that she won't do anything to get beaten."

A pupil said Seane was her close friend but the school had a reason for using corporal punishment.

"It's sad. There's nothing much I can say for now."

She said fellow pupils had been traumatised by the incident.