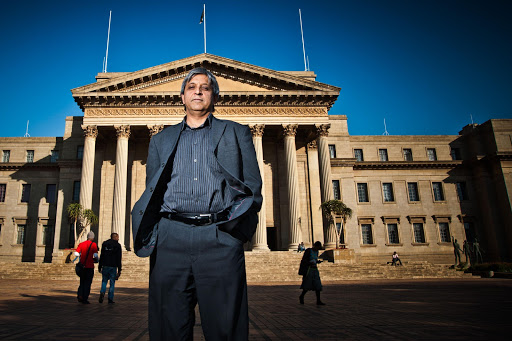 Vice-chancellor Adam Habib stands in front of the Great Hall at the University of the Witwatersrand. File photo
Image: Waldo Swiegers

South Africa's "out of control" public violence will transform into a revolution if inequality is not dealt with immediately, said Wits University vice-chancellor Professor Adam Habib.

He was speaking at the Institute for Security Studies' International Conference on Crime Reduction and Criminal Justice in Johannesburg yesterday.

Habib said "rampant and unthinking" cadre deployment had led to a "serious crisis" in service delivery.

"The declining legitimacy of the ANC shows you that there's a serious problem brewing. People are gatvol with politicians, the ANC and the DA," Habib said.

"In Germany, if a child drowns in a pit of faeces, a government falls. In South Africa, it's business as normal. We've become so immune."

He said that, to avert a revolution, South Africa had to address not only the symptoms of inequality but its causes.

Lizette Lancaster, who runs the ISS's crime and justice hub, said violent protests had increased by 57% in the past two years and by 234% in the past decade.

She said the police often escalated the level of violence by using unnecessary force.