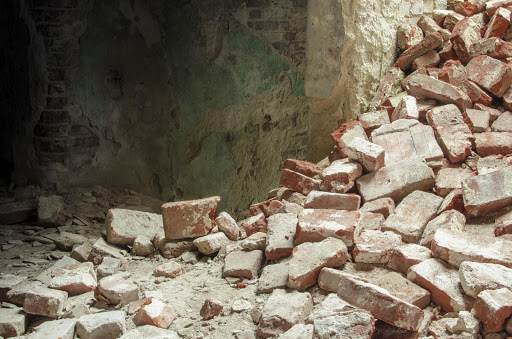 The number of people killed when a house collapsed in Alberton on Monday has been revised to seven, from nine, Ekurhuleni emergency services said.

"Two bodies had been cut into two and thrown apart so each half was counted as one body," spokesman William Ntladi said. He said the bodies were cut at the waist. Eight people were injured and taken to hospital.

A back of the house in the Meyersdal Eco Estate in Alberton, south of Johannesburg, collapsed while builders were working on it on Monday morning.

The rubble could not be seen because it was the back of the house. Journalists were not allowed near the scene.

Ntladi said the structure had to be inspected to determine if it was safe.

At 6.30pm the search was called off and would continue on Tuesday.

Earlier, journalists were denied entry to the upmarket estate. Later in the afternoon, after hours of waiting outside, they were finally ferried inside in a minibus taxi.

At the entrance to the estate non-residents were questioned about their reasons for being there before they were allowed in. Some were turned away.

Two giraffes were removed from the estate last month. They were being transported in a truck on the N1 highway when one of them hit its head on a bridge and died.

Last week, the Gauteng agriculture department said the estate was being investigated over whether it had the correct permits to bring in and keep giraffes.