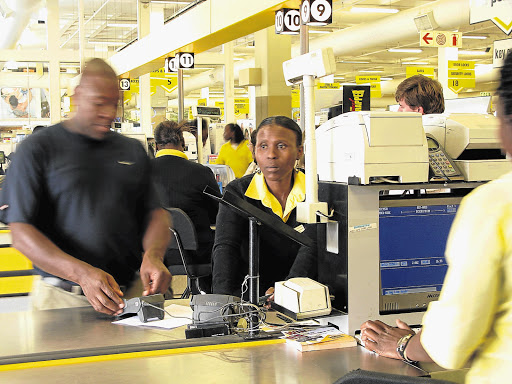 Massmart has initiated a plan to reinstate employees who were retrenched in 2009 and 2010, the Competition Commission said on Monday.

"The acceptance follows several negotiations between the Competition Commission, Massmart and consultations with Saccawu aimed at achieving compliance with the reinstatement condition granted by the Competition Appeal Court in March 2012," the commission said in a statement.

In 2012, Wal-Mart acquired a majority stake in wholesaler Massmart.

The Competition Appeal Court handed down an order in respect of an appeal brought by the minister of economic development, amongst others, and approved the proposed merger between Wal-Mart and Massmart subject to conditions, said spokesman Mava Scot.

The court instructed the merged entity to reinstate 503 employees who were retrenched in 2009 and June 2010 and take into account those employees' years of service in the Massmart Group, Scot said.

"Following the CAC order, about six former employees of Massmart who are part of the retrenched employees, complained to the commission concerning Massmart's non-compliance with the condition."

"The commission met with Saccawu and Massmart on numerous times in an attempt to verify their versions and concluded at the time that Massmart had not complied with the court order."

The commission found that 286 employees were reinstated by the merged entity, out of the 503 employees that the court instructed it to reinstate.

On 6 September 2013 the commission issued a Notice of Apparent Breach in respect of the non-compliance by Massmart with the reinstatement of the remaining employees.

"Massmart provided proof that it had dispatched reinstatement letters to the affected employees. However, these employees could not commence employment with the merged entity."

Some employees responded to Massmart while others did not.

"Massmart was initially of the view that it was not obliged to reinstate these employees as they were deemed to have refused the offer of reinstatement," he said.

The commission, the SA Commercial, Catering and Allied Workers Union (Saccawu) and Massmart agreed that the employees be reinstated with back pay.

The employees consisted of :

-Those who were part of a group of 89 employees who had not received the merging parties' initial offer letters of reinstatement and had not responded to the offer.

-Those employees who were reinstated in February 2014, but are yet to receive the back pay.

The parties also agreed to reinstate, with three months back pay to:

-Those within a group of 128 employees who participated in the remedial plan by providing affidavits to the commission and who ultimately accepted Massmart's reinstatement offer.

- Any other individuals within the group of 128 employees who, by no later than 12 August 2014, have provided the required affidavits to the commission and who also accepted Massmart's reinstatement offer.

A settlement offer would be made eligible retirees and estates of deceased employees who were part of the dismissed employees.