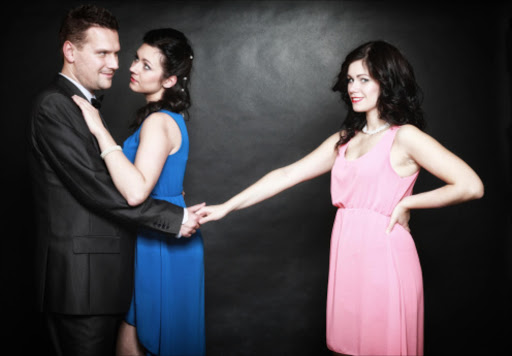 Judgment was reserved in the Supreme Court of Appeal on Wednesday on whether adultery should be retained in South African law as a wrongful and blameworthy act causing harm in relationships.

The question came up during an appeal by a Gauteng man, only identified as R, who was ordered in the North Gauteng High Court to pay R75,000 in damages to another man, identified as D, with whose wife he had an affair.

Earlier in the high court it was ordered that the parties in the litigation could not be identified as D had two young children. D's wife left him and conducted an affair with R.

D, aggrieved, turned to court for damages for losing his wife's affections.

R felt that D's wife was in any event unhappy and that he did not contribute to the break-up of their marriage.

The SCA on accepting an appeal hearing asked that the legal counsel for the parties also address the issue of whether adultery should remain part of the law -- seen against the morals of society, the Constitution and marriage as an institution.

Legal counsel to D, Dave Smith, submitted that adultery was still a cause of action committing the aggrieved party to receive damages, in fitting circumstances, for the wrong perpetrated against him or her and for the sanctity of marriage.

Smith submitted the sanctity of marriage and the responsibilities and duties flowing therefrom remained the cornerstone of the South Africa's society.

Steven Kuny, legal counsel to R, argued that this was a narrow approach which relied on old fashioned and outdated views of society and marriage.

Kuny submitted that the call for the retention of the delict of adultery started out on the assumption that the action was valid and necessary to protect the sanctity of the marriage.

It further attempted to justify it on the grounds that the convictions of the community demand that exclusive sexual relationships brought about in a marriage must be respected and that interference was unlawful.

This argument, submitted Kuny, did not take into mind the radical changes to the way in which marriage and human relationships were viewed in the country's law.

Kuny argued that adultery and malicious desertion were for the most part only the ultimate acts, indicating a marriage had already broken down.

It was more often the effects of a marriage having broken down and not the cause of the breakdown.

Kuny argued the action for adultery was often an attempt to place the blame for the break-up of a marriage on a third party, when one or both of the spouses were rather primarily to blame for the disintegration of the marriage.

He argued if one party was susceptible to the advances of another, the marriage was probably already in a state of disintegration.

R's counsel submitted that the action of adultery punished a third party for breaking up the marriage of a plaintiff and his or her spouse.

Kuny submitted that for an aggrieved spouse to prosecute actions for adultery against a third party, as the law stood now, in fact could lead to abuse.

It was submitted where there was sexual intimacy between a married person and a third party, there was ordinarily a very heavy evidence burden on the third party defendant to justify the intimacy and satisfy a court that he or she was not liable for the loss of the right of companionship with one's husband or wife.

On Wednesday, Kuny reiterated adultery could not be given as a reason for divorce action and that it was more an symptom of something else than a cause for legal action.

Kuny submitted that internationally adultery was already abolished as a cause of action and that adultery was not seen as a necessary way to prevent a marriage break up.

"The court should take a bold step and suspend adultery as a cause of action," he submitted.

Smith submitted that adultery should remain and that a court could decide on the facts of each divorce case whether a delict of adultery claim was valid and what role it played in the alleged relationship break-up.

"It is my opinion that our society has not closely reached the stage to get where other countries are," submitted Smith on the argument to abolish adultery as a cause of delict.