No cents in ignoring danger signs 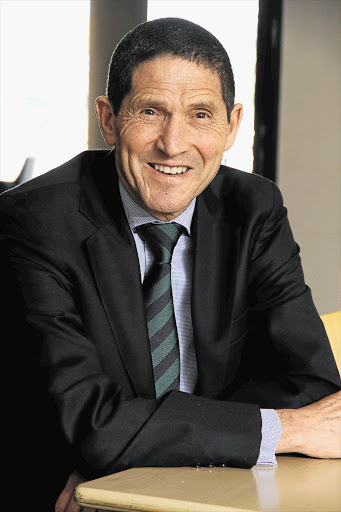 A round trip to Cape Town to present a short speech in the evening can take up to 24 hours door-to-door. Flying time, there and back, is only four hours, but travelling to the airport, ensuring you check in well ahead of take-off and building in a margin of safety in case of delays adds hours to the journey. Having to sit squashed, three-in-a-row, in constant dread that the cavalier man next to you, sending e-mails on his laptop while eating a sandwich, will spill his juice on your suit pants, increases your anxiety levels.

Also, for reasons that escape me, South African architects believe South Africa enjoys 12 months of summer bliss. They forget we do experience a few short months when temperatures can drop fairly dramatically. Heating a hotel room during these cold periods is an epic challenge. The air-conditioning units, installed for summers, seem to have three positions; cold, very cold and arctic. Your misery is amplified by the layout of modern boutique hotel rooms, designed on an open plan where, sometimes, the only door in the room is the toilet cubicle. On a recent trip I wrapped myself in a duvet, cocoon-style, to fight off the cold.

Worse is the disruption to your working day. Financial markets never close and being away from your desk for a few hours can leave you out of touch. Though hotels assure they cater for the business community, their TV channels carry an abundance of sports news, cartoons and romantic movies rather than Bloomberg or CNBC. Still, travelling has benefits, bringing you in contact with people involved in a wide range of different businesses and industries.

At present my investment message is pretty hard for most of my audiences to consume. I've often explained that I am not a trained economist who pores over data to draw conclusions about the health of the economy. Instead I form my views from evidence provided by listed companies.

In the past fortnight Arcelor Mittal, Grindrod, AECI, Eqstra, Invicta, Lewis Stores and Shoprite claimed the protracted strikes on the platinum mines and labour unrest in other areas of industry were taking a toll on revenues. Trading conditions in the economy were testing, while five years of poor growth, increasing social needs, power constraints, high levels of poverty and unemployment and questions about the nation's leadership had swayed certain rating agencies to downgrade South African corporate and sovereign debt. The economy had contracted in the first quarter and analysts' expectations were that second quarter growth was under threat. Forecasts were that our economy would expand at between 1.5% and 1.7% in 2014, half the IMF's estimates for total world growth.

Last week Spar Group joined a long list of South African corporates seeking opportunities in foreign lands, announcing it had purchased an 80% stake in Ireland's BWG Group. In its recent results presentation, Standard Bank revealed that expanding economies in sub-Saharan Africa would provide the bank with a platform on which to maintain the momentum in its operations.

My assumptions and perspectives have led to debates, and heated arguments, with people in the audience who run successful and prosperous local manufacturing businesses, and who are committed to expanding their operations in the country. They argue that by presenting my views nationally, I create distress and worry, and my sentiments become self-perpetuating.

However, as I argue, I'm merely the messenger who collates my material from published info. At a dinner, a dental specialist explained that my presentation was similar to a flashing oil gauge on a car's dashboard. "You can ignore the danger sign and drive on. But if you don't attend to the problem, your car may seize up."