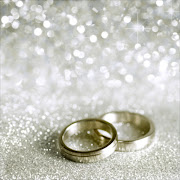 Parents who force their daughters into marriage or consent to ukuthwala could face the wrath of the law in future.

In ukuthwala, a practice particularly prevalent in KwaZulu-Natal and Eastern Cape, girls are abducted and then forced into marriage - often with the consent of their parents.

In a recently released discussion paper, the SA Law Reform Commission proposed a law that would criminalise forced marriage.

The law would open the door to the prosecution of family and community members who "aid and abet" a marriage to which the "wife" has not consented.

Research cited in the paper found that the girls are often left with no choice but to marry, no matter how unhappy they might be.

Families desperate for money are often only too happy to accept the prospective husband's ilobolo and might even "orchestrate" forced marriages, the researchers found.

Among the examples cited in the paper were that of a father consenting to his 13-year-old daughter' s marriage to a 41-year-old man, and of a 14-year-old girl who was offered as a replacement wife after her sister, who had been "earmarked for marriage", became pregnant.

Many of the girls are shunned by the community if they try to escape a forced marriage.

The paper noted: "The commonly held view is that it is a woman's responsibility to ensure that her marriage is successful despite all odds. Should the girl leave the marriage, she will be an outcast."

Girls who are married at an early age are often forced to drop out of school and can be subjected to "violent sexual abuse".

They are also at risk of contracting HIV-Aids, cervical cancer and "other sexual reproductive complications". Depression and hypertension are also common.

Lisa Vetten, a researcher at the Wits Institute for Social Economic Research, said: "The constitution is very clear that equality trumps culture, custom and religion. Forced marriage is a violation of the right to equality."

Comment on the paper may be made until the end of next month.