Cape Town is the new Hollywood 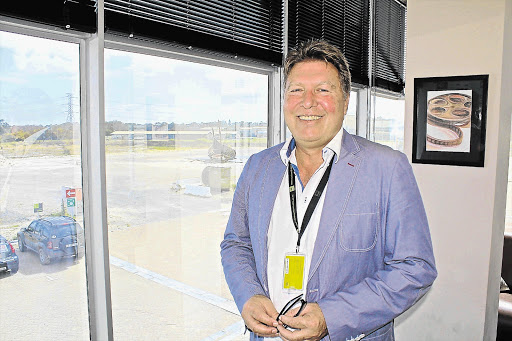 Cape Town Film Studios is having to expand to keep up with the demand for its state-of-the-art services.

The production company has had to turn down 32 major projects over the past year because it is fully booked.

CEO Nico Dekker said that there were plans in the pipeline to build two new studios by the middle of next year and to double capacity over the next three years. The studio has four stages currently.

Opened four years ago, the multimillion-rand studio has played host to major international films such as Dredd, Long Walk to Freedom and Chronicle.

Since 2012 it has had its hands full with the Emmy-winning pirate series Black Sails, which is preparing to shoot its third season at the studio.

Dekker said the studio's popularity was growing and he had turned down work from Paramount, Disney, Sony and Warner.

"We need to think seriously about expanding or we could lose that momentum."

Dekker said that while Cape Town Film Studios boomed there were studios in Europe and the US that were standing empty.

"Cape Town has always been known for its location-based films, for its landscapes, its animals and its people, but from what I am hearing, people are starting to see us as a manufacturing-based destination because of our set building and wardrobe - things that would ordinarily be handled in Los Angeles or London," he said.

There are several rave reviews on the studio's website.

Warner Brothers senior vice-president Kate Beyda wrote: "In terms of technology, South Africa is actually ahead of the curve in many respects.

"Those sound stages at Cape Town Film Studios are incredibly advanced, and beyond anything I have seen before."

The Western Cape film industry contributes about R5-billion a year to the economy.