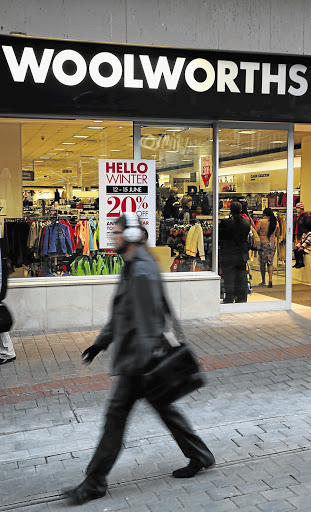 HIGH STAKES: Woolworths shareholders will decide on Tuesday whether or not to approve what would be the biggest offshore investment to date by a South African retailer
Image: JAMES OATWAY

Woolworths, the brand that social media users love to hate, is in trouble again.

This time activist group Grass Consumer Action has accused it of misleading customers about its milk - and of cruelly dehorning cattle.

Writer Sonia de Villiers and Grass activist has created a storm by posting photos of Woolworths milk bottles that state “free to roam” and claims that Woolworths cattle are kept in barns.

The "Free to Roam" labels no longer appear on the Ayrshire milk bottles and have been replaced with a label showing a cow with a heart drawn on it, Woolworths said.

De Villiers says: “With each new dairy label Woolworths tones down the association of cows grazing on pasture but this is too little, too late, since the manipulated perception of pasture- reared dairy cows has been created in the minds of their customers”.

Fuming users on social media have accused Woolworths of not stocking organic milk and misleading them.

One said: "I specially make trips to Woolworths (half an hour drive) because my belief was [their] dairy was superior".

Woolworths has hit back saying it was “concerned about some of the unverified assertions that are contained in the blog”.

It said it does have an organic milk brand, which is not as profitable as its ordinary non-organic profits.

“We make the same amount or even less from our organic offer.”

There is no legal definition for what constitutes as legal organic milk in South Africa. The draft on organic products has never been passed despite being in existence for more than ten years.

The retailer said: “The European Union standard requires cows to be able to roam outside, and the pasture has to be certified organic too. It is a requirement for organic dairy certification”.

Responding to De Villiers who says dehorning animals of calves is cruel, Woolworths said this was done to prevent injury.

“When injured, medicinal treatment will have to be administered, making the milk unfit for human consumption. Injury causes stress to cows ...”

Woolworths said barns for cattle were used when the climate "is particularly harsh during certain times of the year".