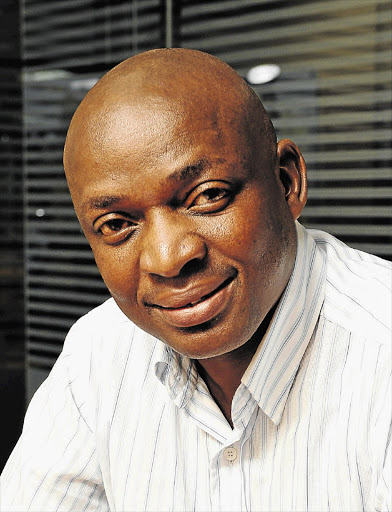 Tami Sokutu, who shamed bankers everywhere by dismissing poor people with his "f*** them" comments to the Sunday Times, has apologised - almost a month later.

The former head of risk at African Bank had been asked about poor people who borrowed from the bank when he made his infamous remarks.

In a letter to the Sunday Times this week, Sokutu said he was sorry for the hurt caused to all the bank's stakeholders.

The bank collapsed last month under a mountain of bad debt, raising a raft of questions.

Sokutu, who is worth millions, said this week that he knows poverty intimately.

He said he should not have agreed to the Sunday Times interview , especially "in my state at the time".

He said the interview "gave the impression that I don't care about the millions of poor South Africans who've lost money as a result of the current problems facing African Bank".

"I'm writing to reiterate my apology to all African Bank stakeholders - customers, staff, investors, shareholders and the board - for the hurt I've caused them through my remarks in this ill-conceived interview," he said in his letter.

During the interview last month, Sokutu boasted that he owned three houses in South Africa and a fourth in Portugal, as well as a fleet of luxury cars - while the customers of the bank he worked for languished in a debt trap created partly by the bank itself.

When asked about the people given loans they could not afford to repay and whose lives may be destroyed if they are blacklisted, Sokutu repeatedly said: "F*** them, f*** them."

A week after the publication of the article, Sokutu sent a flurry of insulting text messages to the Sunday Times reporter who conducted the interview.

He said his track record and long-standing association with the bank suggested that the views contained in the interview would not reflect how he was in a "normal state".

He did not clarify what he meant by "normal state" or whether this confirmed that he was drunk during the interview.

Sokutu said he and his family supported the bank's business strategy.

"That is why it would be incongruous for me not to care about the fate of a bank I have spent so many years building with many esteemed colleagues," he said. "Besides, I personally know poverty intimately."

This clashes with views he expressed in the interview, which suggested he was at odds with the bank's boss, Leon Kirkinis, over the bank's business model or strategy.

Sokutu previously claimed that the executive team foresaw the lender's turbulence as far back as two years ago. He quit the bank some months before it collapsed and had been on "sick leave" since last September.

It remains unclear whether he will be called to testify at the Myburgh commission, which Reserve Bank governor Gill Marcus has mandated to probe whether the bank did business "recklessly" or "fraudulently".

Winterboer said he expected the commission to talk to Kirkinis and reiterated that the bank did not share the views that Sokutu expressed to the Sunday Times last month.

In the letter, Sokutu said: "It is not just a bank that is in distress; but a vision to empower fellow South Africans who have less options but great possibilities."