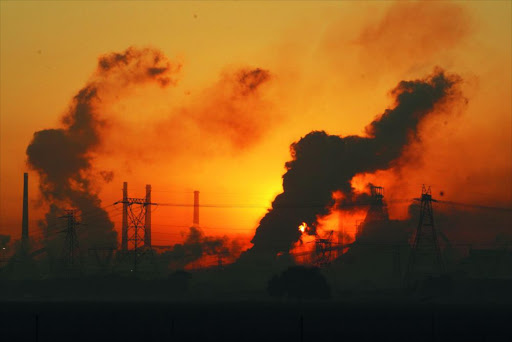 The government's failure to act against polluters is killing communities.

The report Slow Poison: Air pollution, public health and failing government accuses the government of ignoring dangerously high air pollution which is threatening the health of people in a number of communities.

The report, released yesterday by environmental organisation Ground Work, the Centre for Environmental Rights and their community partners, claimed that communities living near polluting companies were inhaling greater concentrations of airborne particles than recommended by the World Health Organisation and the Department of Environmental Affairs. In some instances, the concentration of airborne particles was five times more than WHO recommendations.

Communities in the Vaal Triangle were exposed to more fine particle pollution from Eskom's Lethabo power station, ArcelorMittal's steelworks and Sasol than allowed by the current national ambient air quality standard of 25?g/m³ and the WHO recommended standard of 10?g/m³.

In 2011, the concentration in the air of fine particles in Diepkloof, Klipriver and Sebokeng was more than 60?g/m³.

In Sharpeville and Zamdela, in the Vaal Triangle, the exposure to coarse particles was more than double the national standard of 50?g/m³.

Residents of Secunda, Mpumalanga, near Sasol's coal-to-liquid fuel and chemical plants, were the most affected, with a coarse-particle concentration of at least 100?g/m³.

The report said the government and corporations were complicit "in constructing a purposeful ignorance" by not collecting information on pollution and by obstructing access to what information there was under the pretexts of state security and corporate confidentiality.

"The fact that the government has allowed the air quality management system to deteriorate to the point of collapse indicates. indifference to people's health and wellbeing," it said.

The government did not maintain air-quality monitoring stations, failed to collect health statistics, abandoned its "half-hearted" attempt to develop a functioning air-quality information system as required by law, and was "legalising non-compliance".

The report was released at a time when Eskom, Sasol, Shell, Engen and others are seeking exemptions and postponements with regard to meeting emission standards required by the Air Quality Act.

"Eskom is a state-owned corporation and, as state lawyers presently interpret the law, cannot be sued by another organ of state. It seems that it is the corporate battering ram set up to wreck emission standards. If [the applications] for postponement succeed, all private corporations will follow through the wide breach made in the law," the report said.

Rico Euripidou, Ground Work's environmental health campaigner, said researchers had found a significant correlation between increases in illness and death and each 10?g/m³ increase in the concentration of fine particles in the air.

"It can cause illness and death through its impact on the [circulatory] system and on the blood itself, on the heart and lungs and on the respiratory, immune, nervous and reproductive systems. It also causes developmental problems in babies and children," he said.

Desmond D'sa, coordinator of the South Durban Community Environmental Alliance, said communities near two oil refineries and other plants in the city were "burying at least two residents a month".

"There has been an increase in children with leukaemia in the past couple of months. We have also seen leukaemia in young people.

The alliance and the Nelson Mandela School of Medicine have undertaken research to determine the prevalence of cancer in the area. An independent study in 2000 found that 52% of pupils at Settlers Primary School, in Merebank, KwaZulu-Natal, had asthma.

One of the alliance's volunteers, Romany Roberts, yesterday said that Wentworth residents battled to breathe.

"In some instances, we see one-year-old children using asthma pumps," she said.

Centre for Environmental Rights lawyer Robyn Hugo said in the report that Eskom was the least compliant with the requirements of the National Environmental Management Act's air and waste regulations between 2011 and 2012.

But the National Prosecuting Authority declined to prosecute because the act at the time excluded criminal liability for state organs.

David Hallowes, editor of the report, said Ground Work, the Centre for Environmental Rights and the affected communities did not believe that the government would create a credible air-quality monitoring system or make public health a priority.