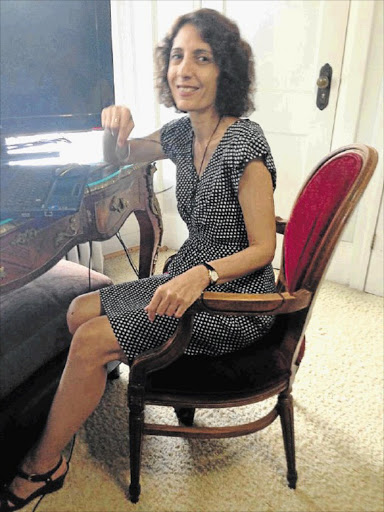 President Jacob Zuma's singing of the refrain ''shoot the Boer'' at an ANC event was among the reasons for the Canadian Federal Court ruling that a white South African couple could continue with their bid for asylum.

Though Charl and Naira Nel have not directly been victims of crime in this country, they say they fear genocide and rape here.

Aggravating their anxiety was Zuma's performance of a struggle song two years ago and Julius Malema's rendition of Dubul'Ibhunu (Shoot the Boer). The song Malema sang was declared hate speech by the Equality Court in 2011. Malema was president of the ANC Youth League at the time.

The Zuma song, at the ANC centenary celebrations in 2012, was Sizobadubula ngembayimbayi (Shoot with a machine gun). The president sang the refrain ''shoot the Boer" several times during his rendition.

The Nels left South Africa in 2010 and applied for refugee status in Canada. They sought the assistance of Russell Kaplan, a South African expatriate lawyer who had helped white Capetonian Brandon Huntley in his fight for asylum.

In June, the federal court upheld the board's decision to deny Huntley refugee status. He had sought asylum in 2008, claiming that he had been assaulted by black South Africans.

The board granted him refugee status in 2009 but the decision was found to be "unreasonable" on judicial review.

In their application, the Nels said ''crimes against white people frequently involved mutilation and brutality, even when nothing was stolen; they observed that political leaders had sung songs about killing white people even after a South African court had declared the song racist. They submitted expert evidence by a reporter, Adriana Stuijt, and the president of Genocide Watch, Dr Gregory Stanton, indicating these crimes were racially motivated.''

But the board refused the couple's application, saying that although they expressed fear of persecution because they were white, it found "nothing had happened to them personally" and they were not in need of protection.

The Nels then approached the federal court.

On September 4, Judge John O'Keefe set aside the board's decision and referred their case to another panel for reconsideration.

It is not known when this will be done.

Judge O'Keefe said: "... the board's assessment of [ Nel's] updated narrative is puzzling. In it, [he] said that he had become fearful of returning to South Africa because [Malema] had since sung an anti-apartheid song called Kill the Farmer, Shoot the Boer .

''Even after a South African court ruled that the song was hate speech, Malema continued to sing it and Zuma also sang it at the 100th anniversary of the ANC.

"Genocide Watch also updated the situation to stage six of the eight stages of genocide because of political shifts and warned white Afrikaners to leave South Africa," the judge said.

''The board dismissed the updated narrative on the basis that these were not significant changes and concluded that it was only done with the intent of amplifying a situation of fear.

"However, it never explained why it felt the singing of this song by political leaders or the Genocide Watch opinion could not have legitimately inspired a further subjective fear of political persecution in the applicants."

Kaplan told the Canadian Post: ''This is the first time the Federal Court of Canada has awarded a white South African with a favourable decision - a big step."