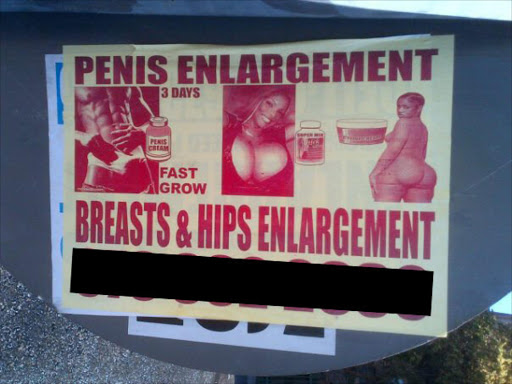 A bogus traditional healer was arrested for allegedly stealing money from a man who paid him to enlarge his genitals, Gauteng police said on Monday.

The 31-year-old man was arrested on Sunday after police set-up a fake consultation with him, said Warrant Officer Kay Makhubela.

The bogus healer was paid R6,000 by the 36-year-old man on Wednesday to give him medication that would enlarge his genitals.

The matter was reported to police when the healer failed to return the man's phone calls about the medication.

"Police then set-up a fake consultation with the man and he was then arrested," said Makhubela.

He would appear in the Protea Magistrate's Court on Tuesday and on charges of theft under false pretences.