Johannesburg's broken infrastructure by the numbers 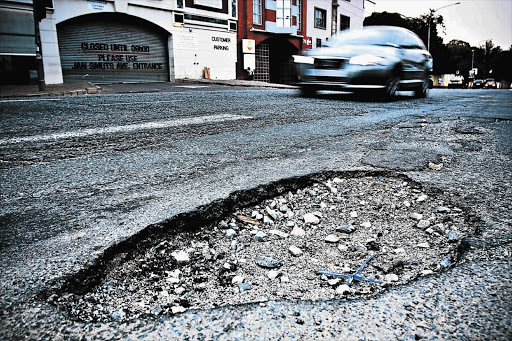 The recent water crisis in Johannesburg has once again brought to the fore the city's failing infrastructure.

Water and Sanitation Minister Nomvula Mokonyane described the shortages, which continue to plague parts of the city, as a "technical glitch", but much evidence suggests they are a part of widespread infrastructure decay.

The problem is made worse by criminals , who have done much damage to the city's infrastructure by stripping down its assets for scrap. This week By the Numbers looks at the state of Johannesburg's infrastructure backlog and key public services affected.

1.1 Approximate amount in billions of rands South Africa's water boards are owed by municipalities which are unable to collect enough revenue to pay their bills.

3.3 Amount in billions of rands Soweto residents owed Eskom in unpaid electricity bills as of November 2012. In July this year residents of the township took to the streets in violent protest against Eskom's attempts to install pre-paid electricity meters.

3.62 Amount in millions of rands lost by the city each year when traffic-light poles at intersections are cut down for their copper wire, components and even the poles themselves, according to the JRA.

10 Amount in millions of rands the city loses to copper cable theft every year.

40 Percentage of water in the city lost because of old pipes, a lack of water meters and theft, according to the website economists.co.za. Fifty percent of all South African water is stolen, wasted or leaks away each year, according to a Water Research Commission report. Gauteng MEC for local government and housing Ntombi Mekgwe estimated in May last year that Gauteng municipalities had lost about 481-million kilolitres of water in 2012, roughly R7.8-billion in financial losses.

54 Gautrain services cancelled in August 2014 because of cable theft. On average about 50 train services are disrupted each time cables are stolen.

57 Amount in millions of rands it will cost annually to replace metal stripped off the M2 East and West. The road has been stripped of all metals from the guardrails to the bridge expansion joints. Even the iconic Nelson Mandela Bridge is being stripped of bridge railings and its glass panels vandalised.

70 Average number of traffic signals damaged a month through accidents. They cost the city R5.24-million to repair in 2013/14.

75 Percentage of manhole covers that had to be replaced between June and August 2014 in Soweto, according to the city's head of transport, in response to DA questions. The metal covers are mostly

stolen for scrap metal. The JRA stated in August, "1050 manhole covers needed to be replaced at a cost of R4.1-million."

80 Amount in billions of rands South Africa's cities will have to spend to fix and maintain existing water, sanitation and power facilities over the next 10 years, according to the Financial and Fiscal Commission.

389 Amount of water in millions of rands the auditor-general found the city lost last year as a result of technical losses. It lost R431-million in the 2012/13 financial year due to "non-metering and unauthorised consumption".

1300 Average cost of a synthetic manhole cover. However replacing one can cost up to R2000, because inevitably the frame also has to be replaced.

5000 Storm-water drains chopped up for the metal or damaged by vehicles parking on pavements, costing the city about R10-million.

6500 Average cost of repairing damage to a car after driving over an open manhole cover, although damage can be as high as R15000. Mostly it involves wheel alignment, suspension or tyre damage.