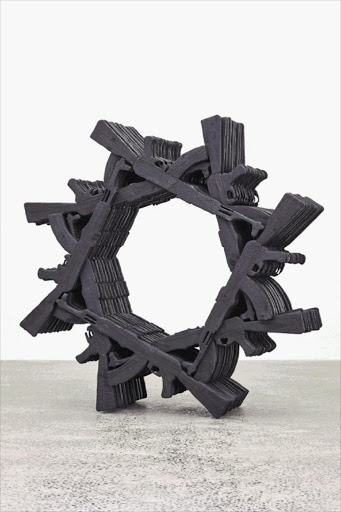 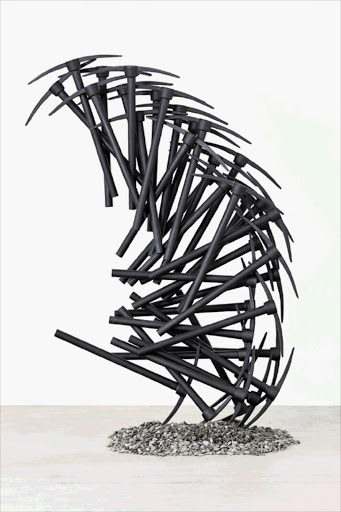 We are, once again, in the throes of something akin to a second industrial revolution - a time when the speed of our technological age jars against our dependency on a manual workforce neglected by the society it serves.

''The work is about recognis ing the widening social and economic gap," explains Mathison. " There are new advancements in technology and upward economic and social mobility, and yet we still have to use 20 guys on the side of the road to dig trenches for this development."

The concrete and metal he uses are specifically chosen to echo materials used for manual labour. The materials also accentuate the parallel between workers using their hands and Mathison's process as an artist. He believes this process brings integrity to the tools - usually considered cheap and common - that are actually the bedrock of our built environment.

"I see my sculptures as small monuments to the labour workforce in Southern Africa. The socialist and c ommunist connection that developed in Zimbabwe, Mozambique and South Africa during the transformation of these countries to majority rule was marked by the idea that the workforce would be integral to nation-building. This promise has been diminished by the corruption and greed that has taken over."

Blood, Sweat and Tears is made from concrete wash basins and overalls , symbolising the washing of sweat and grime from work clothes - only to have them repeatedly sullied - and the women who wash the clothes.

The sculpture turns a wash basin into a symbol of economic status.

Mathison's studio is in downtown Johannesburg, near the hostels and informal settlements populated by large numbers of his fellow Zimbabweans , economic refugees from a floundering revolution.

"The location of my workshop, opposite an ever-expanding township with no proper sanitation or electricity, feeds into my work," he says.

Mathison has had several successful shows, including the sellout Harvest at the Venice Biennale last year.