Q&A with Neyla Pekarek of The Lumineers 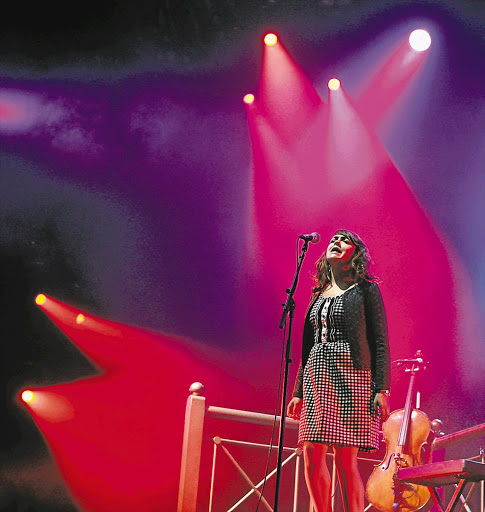 LIGHT UP: US folk-rock outfit The Lumineers arrive in South Africa in December
Image: GREETSIA TENT/WIREIMAGE

The Lumineers, a folk-rock band based in Denver, US, scored a big hit with their self-titled debut album.

Not only did it peak at number two on the Billboard 200 chart in January 2013, but the album went platinum in the US. The band was also nominated for best new artist and best Americana album at the Grammy awards last year, and their single Ho Hey currently has more than 100million YouTube views.

Who are some of your greatest musical inspirations?

I grew up listening to an eclectic selection of music. I was always really into the great vocalists: Etta James, Ella Fitzgerald, Otis Redding, Aretha Franklin. My parents grew up in the 1960s, and had always had the great folk singers of that time playing on vinyl in our house - Bob Dylan, Carole King, Emmylou Harris.

What inspires you to make music?

Music invokes a certain kind of joy that little else can capture. I make music because it not only satisfies me in a way that nothing else can, but [because] it brings people together who otherwise may not have anything to share.

What do you have lined up for the South Africa concerts?

We have never played here before so we will play the songs that people know, and sprinkle in a few new ones.