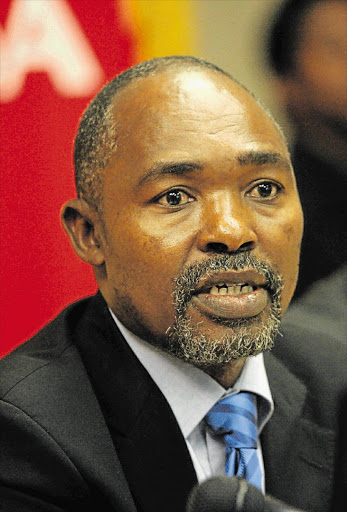 Nonkonyana was fired in his absence at Safa's 24th annual congress at the weekend after delegates from the regions unanimously agreed to his dismissal.

But the controversial figure, never one to toe the line, told The Times yesterday that he would challenge the decision in court on December 1.

"Their decision to fire me was unconstitutional and was very wrong," a defiant Nonkonyana said.

"They took this decision in my absence and nobody cared to listen to what I had to say.

"It would leave the wrong impression if I left things as they are. So this will not go unchallenged."

Nonkonyana was suspended by Safa in October last year after he said in interviews that former Bafana Bafana coach Gordon Igesund should quit if the national team failed to reach the final of the African Nations Championship in January this year.

Safa said he violated its communications policy when he made the utterances in radio, print and television interviews.

He elected to go to court to challenge the suspension, a move which put him on a collision course with Safa and the South African Sports Confederation and Olympic Committee.

Last Wednesday he went to court to stop the congress from taking place after receiving a letter informing him of the Safa executive's intention to dismiss him.

His interdict was thrown out with costs, but he returned to court the following day demanding that his dismissal be removed from the agenda.

That too was dismissed with costs.

The football body's executive members said by going to court Nonkonyana was showing the contempt he had for Safa.

The congress delegates confirmed Nonkonyana's dismissal on Saturday with an overwhelming majority.

But Nonkonyana said yesterday the Safa executive intimidated the delegates into agreeing to his sacking.