'Stop killer robots while we can' 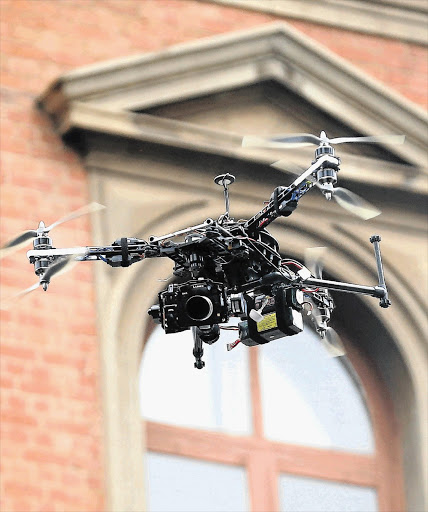 EYE IN THE SKY: A drone captures images outside the high court in Pretoria during the Oscar Pistorius trial

For a long time Hollywood has warned of killer robots turning on humans - now they're a reality and the UN is worried.

Thanks to recent advances in military technology, weaponry can now be autonomous, targeting the enemy without human involvement.

Christof Heyns, a Pretoria University professor and the UN's special rapporteur on extrajudicial, summary or arbitrary executions, spoke yesterday at a public lecture at the University of Johannesburg about his worries about the robotic revolution that has spawned drones and autonomous weapons systems.

South Africa is part of this revolution and several local companies are developing drones.

One of them is the Skunk, designed for crowd control. It can douse demonstrators with teargas.

"There could be a dignity issue here; being herded by drones would be like herding cattle," he said.

But at least drones have a human at the controls.

"[Otherwise] you are giving [the power of life and death] to a machine," said Heyns. "Normally, there is a human being to hold accountable.

"If it's a robot, you can put it in jail until its batteries run flat but that's not much of a punishment."

Heyns said the advent of the new generation of weapons made it necessary for laws to be introduced that would prohibit the use of systems that could be operated without a significant level of human control.

"Technology is a tool and it should remain a tool, but it is a dangerous tool and should be held under scrutiny. We need to try to define the elements of needful human control," he said.