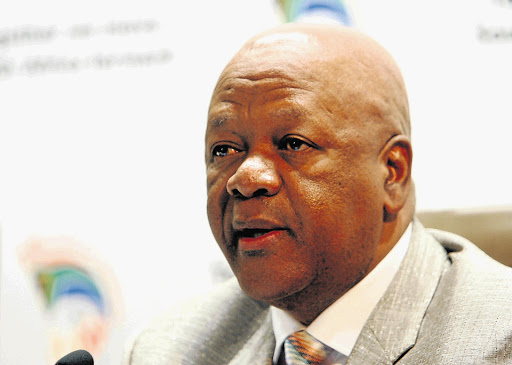 The identification of South Africans who died in the Nigerian church disaster has started, but the government is unable to say when they will be repatriated, Minister in the Presidency Jeff Radebe said yesterday.

"Since the DNA process is in the hands of the Nigerian authorities we are unable to provide any update regarding the time frames when this process might be completed," Radebe said.

According to the South African team in Nigeria, some of the bodies had been embalmed to prevent further decomposition, he said.

The DNA analysis of 116 people, 81 of them South Africans, who died when the six-storey dormitory of a church collapsed on September 12 in Lagos, had started more than a week ago at the University of Stellenbosch in Western Cape as requested by Nigeria.

Radebe said the bodies of three Zimbabweans and one Congolese - who travelled to Nigeria on South African passports - would be repatriated to South Africa as requested by their respective governments. Once the remains were released, a team comprising disaster management, military health services, health and police forensic services would finalise necessary administrative processes and prepare the remains for repatriation, Radebe said.

"This preparatory work is an intricate process that may take up to seven days to complete."

An aircraft will be flown to Nigeria carrying specialised vehicles that will transport the remains from three morgues to Lagos Airport. They will be flown to Waterkloof Air Force Base, Pretoria.

Radebe said only family members and invited dignitaries would attend the reception at the base.

"We encourage families to take comfort in the knowledge that the greater part of the work has already been done. The government continues to co-operate with the Nigerian authorities to ensure that each and every South African will be brought home to their loved ones in a dignified manner," Radebe said.