The poor being left behind 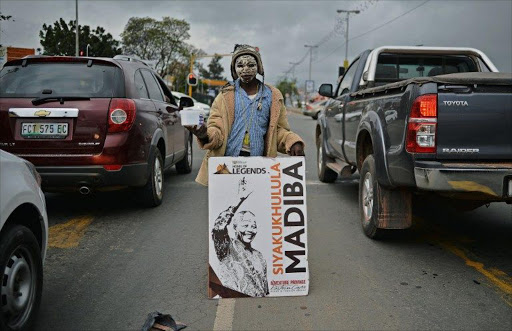 Inequality is greater today than at the end of the apartheid era, and the two richest people in the country are believed to possess more wealth than the poorest 50% of the population combined.

A global report on inequality, Even It Up: Time To End Extreme Inequality , does not name the richest citizens of South Africa - but, according to Forbes magazine, Johann Rupert and Nicky Oppenheimer were the top earners in 2014.

The gap between rich and poor has grown to "unprecedented levels" in the past 30 years in spite of the "remarkable" progress made towards ending poverty, says the report, released by Oxfam.

The report said it would take a South African platinum miner 93 years to earn what the average mining company CEO receives as an annual bonus.

It is predicted that 300000 more South Africans will be living in poverty five years from now if the index of inequality increases by just one point. South Africa already has one of the world's biggest inequality gaps.

Oxfam's associate director in South Africa, Pooven Moodley, said the government should target tax evasion by the country's wealthiest people instead of going after ordinary citizens "struggling to get by".

A 2012 SARS investigation found that only 300 of the 9300 people identified as high-net-worth individuals paid their taxes.

Said Moodley: "This is costing the country an estimated R48-billion [a year] in potential revenue. The current economic model is not working for the poor but for the rich, who just keep increasing their wealth.

"It's only once we have a model that ensures that everyone's basic needs are [met], and that there is a fairer distribution of wealth, that we will make a dent in inequality."

Moodley said there should be a minimum wage, and access for all to education and jobs.

He called on the government to close tax loopholes to ensure that companies paid their "fair share".

Leonard Kufeketa was one of the South Africans consulted by the compilers of the report. He said the situation had "taken a turn for the worse".

"Public schools are no good. Those in the government are very rich. The rest of us are poor."

It is feared that Africans will constitute 80% or more of the world's poor by 2030.

The wealth of the richest 85 people in the world was found to have collectively increased by $668-million a day between March 2013 and March 2014.

The report said that multibillionaire US businessman Bill Gates, with an estimated wealth of $67-billion (R727-billion), could afford to spend $1-million a day for 218 years.

Oxfam calculated that the lives of 23million people in the poorest 49 countries could have been saved by more investment in healthcare paid for by a 1.5% tax on the wealth of the world's billionaires. There are currently 1645 billionaires globally, and 16 in sub-Saharan Africa living among 358million people in extreme poverty.