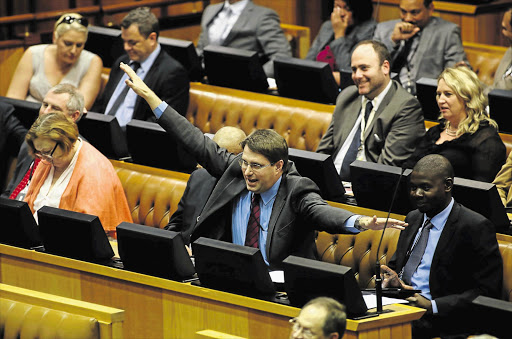 The DA is using the Promotion of Access to Information Act to get the government to release parliamentary reports on South Africa's Russian-built spy satellite.

DA MP David Maynier, who has tried for years to uncover the truth about the satellite, made the application to the chairman of parliament's secretive joint standing committee on intelligence, ANC MP Connie September.

The ANC and the government have refused to comment on the KondorE satellite, the cost of which is now estimated to have risen to R1.4-billion and which is expected to orbit Earth for five years before falling into the atmosphere and burning up.

It appears not to have been launched because of a dispute between Russia and Kazakhstan, which hosts the launch site.

Government spokesmen have refused to confirm or deny the existence of the satellite despite Secretary of Defence Sam Gulube confirming its existence in what appears to have been a slip of the tongue in parliament last month.

The KondorE's cameras can resolve objects on the ground in great detail, even through cloud.

The auditor-general found that the more than R200-million spent on the satellite constituted wasteful and fruitless expenditure.