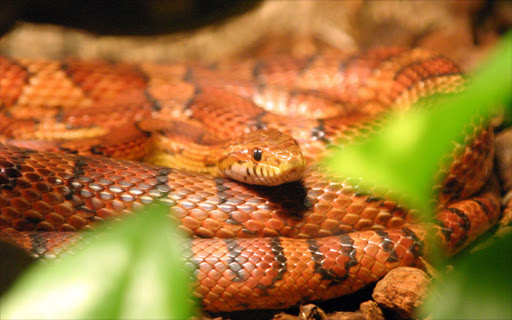 A simple swab taken from the fang marks left by a snake could soon be saving thousands of lives.

Scientists testing a DNA swab were able to identify the species that had bitten someone 100% of the time.

Now they are in the process of developing a rapid diagnostic dip stick for snakebite victims. The study was conducted at three medical facilities in Nepal - a country with a high incidence of snakebite.

"These findings represent a significant step towards improving care for patients in areas of the world where snakebites constitute a massive but neglected health risk," said Dr François Chappuis, chief of the division of tropical and humanitarian medicine at Geneva University Hospitals, Switzerland.

Chappuis and his team were presenting their findings at the American Society of Tropical Medicine and Hygiene's annual meeting.

Once the snake has been identified, the patient can then be treated with the relevant serum.

Snakebites are a big problem in Asia, Latin America and parts of Africa. One estimate is that 94000 deaths occur worldwide from snakebites. Hundreds of thousands of other snakebite victims end up disabled, suffering from amputations or deformed limbs because of inadequate treatment.

"Snakebite patients are kept in hospital for 24-hour observation, which strains healthcare resources in many countries. By identifying species of non-venomous snakes, it is also possible to assist the local people and avoid hospital stays for those not at risk of envenomation," said Dr Ulrich Kuch, head of the department of tropical medicine and public health at the Institute of Occupational, Social and Environmental Medicine of Goethe University.

In South Africa, however, the DNA swab may not be as useful as in other countries.

Most snakebites, he explained, were treated in South Africa with the use of a polyvalent antivenom. It can be used to treat the bites of several species of venomous snakes.

Alexander said usually snakebite victims were taken to hospital and treated once they began showing symptoms.

"Maybe where the DNA swab would help is in identifying the species so that a serum that is more specific for the species can be given, which would be more effective," he said.