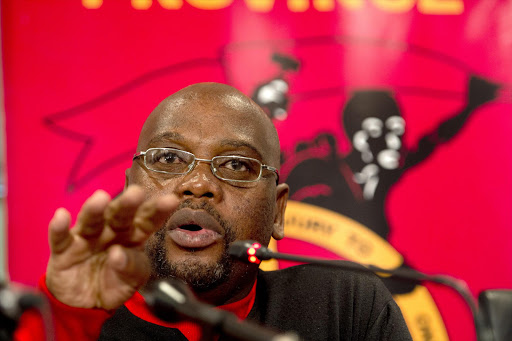 The National Union of Metalworkers of SA (Numsa) has been expelled from Cosatu.

The metalworkers union was expelled during a special central executive committee (CEC) which ran late into the evening on Friday.

CEC members voted on whether Numsa should stay with 33 votes for expulsion and 24 against it.

Numsa went to court on Thursday to try and prevent its expulsion. The case was postponed and the CEC meeting went ahead.

Cosatu has accused Numsa of, among other things, violating its constitution, not supporting its alliance partner the African National Congress in the May general election, poaching members from affiliates, and withholding its fee to Cosatu.

Before the expulsion Jim, in turn, accused Cosatu of, among other things, refusing to hold the special national congress requested by nine of its affiliates, so new leadership could be elected.

"Our first charge is that you have violated the constitution. You have refused to hold a special national congress," he said.

Numsa accused Cosatu president Sidumo Dlamini and most of the CEC of breaching the clause in the constitution dealing with the special national congress.

"You, Sidumo Dlamini, acted unlawfully and unconstitutionally when you noted the CEC's decision, knowing that it was unlawful.

"You, the national office bearers of Cosatu, when you suspended the general secretary without a vote."

Cosatu suspended its general secretary Zwelinzima Vavi last year for having an affair with a junior employee. Numsa challenged his suspension in court. It was overturned earlier this year and Vavi returned to work.

Jim accused Cosatu of acting in bad faith in its attempts to expel Numsa.

"You are attempting to expel Numsa in order to avoid our challenge on your unconstitutional behaviour," Jim said.

"If we are suspended or expelled, you will do your best to prevent us from continuing to challenge the decision to refuse to call a special national congress," he charged.

On the charges against Numsa, Jim said Cosatu had withheld information from the union, had failed to give its reasons for this, and had set unreasonable deadlines.

"You have failed in your duty to unify the working class," Jim said.

"You have tried to suppress the legitimate rights of autonomy for affiliates."

He accused Cosatu of failing to defend Numsa when it was attacked in a "sustained campaign of vilification" by its affiliates and its tripartite alliance partners, the ANC and the SA Communist Party.

"You have allowed outside political forces to interfere in Cosatu," Jim said.

"We have seen that the alliance is and has always been dysfunctional."

This was why it had been unable to provide a space for Numsa's United Front.

At its December congress, Numsa resolved to form the United Front, intending that it would could contest the local government elections in 2016.

Jim said Numsa would remain a trade union and would not turn into a political party.

"You want to expel us because we constantly remind you how you are failing to protect the interests of the working class.

"We want to make one thing clear to you... we will not stop mobilising the working class on the road to socialism," Jim said.

"We will not give you any peace as we expose the miserable failure of the class alliance you are entangled in and how it compromises your ability to lead the working class."