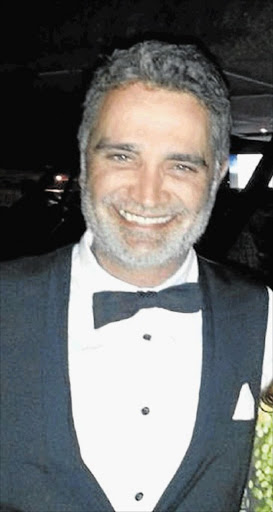 The South African Revenue Service's disgraced rogue unit set up its own brothel, held meetings in a Pretoria NG Church and posed as bodyguards for top ANC politicians.

These bizarre revelations about the secretive outfit are contained in a series of damning internal memos and documents written by members and ex-operatives of the unit.

The documents - seen by Sunday Times reporters - form part of the revenue service's internal investigation of the unit's illegal activities.

Members became ANC bodyguards to infiltrate the organisation and eavesdrop on politicians.

The brothel was opened in Durban where it even arranged prostitutes for other members of the unit.

The National Research Group (NRG), as the unit was called, became a law unto itself and supplied members with aliases and fake IDs.

The unit probed non-tax-related matters such as taxi violence and was used to fight business battles on behalf of friends and relatives of senior SARS officials. No explanation is offered about why members were given these tasks.

The memos show the unit was also "tasked" with following three top SARS officials - Leonard Radebe, Nandi Madiba and Mandisa Mokoena - to find dirt on them and destroy their careers.

Two of them, Radebe and Mokoena, were frontrunners to succeed former SARS commissioner Pravin Gordhan, who left after the 2009 general elections. Both were subsequently discredited and forced to pull out of the race. All three were either fired or forced to resign from SARS, with Mokoena still facing a court case arising from this clandestine investigation.

Former SARS commissioner Oupa Magashula succeeded Gordhan, but later resigned under a cloud. Radebe later died in a mysterious car accident and Madiba, who was a regional manager, received an undisclosed golden handshake after initiating a legal dispute with SARS.

Radebe had several meetings with President Jacob Zuma in the run-up to the ANC's 2007 Polokwane conference, with one held at the Beverly Hills Hotel near Durban. This was allegedly "intercepted" by the unit.

The memos give details of the "unconventional" methods used "to attain results".

One of the reports states: "Some of the NRG members were working as VIP bodyguards for some politicians while working for SARS. At least one individual didn't have experience or even a firearm to work as a bodyguard. One member who worked as a VIP bodyguard indicated that the cover allowed them to eavesdrop on some of the politicians' conversations."

The report said unit members travelled from Joburg to Polokwane as bodyguards for Mbalula, Malema and Mabe.

"We were providing a service of close protection [bodyguards and drivers] for the individuals," it said.

"There were incidents were NRG members 'accidentally met' some members of the ruling party at hotels and airports."

The report said: "These members had a history of targeting senior ANC members."

According to the reports, members were told to establish businesses as a "cover". One of these was the brothel.

"I was very much unhappy about the brothel as a SARS employee was also pimping young women," a member wrote. "Some of the NRG members also had companies that were doing business with SARS/ government."

The report also shows that the unit's leadership subverted the unit to benefit their friends, relatives and businessmen.

One member refers to a manager recruited from defence intelligence who tasked him with handling a source who wanted SARS to shut down his rival's company "so that he can get their machines and stock".

The member later discovered that his manager was either related to, or friends with, the source.

On another occasion the unit member asked him to secure "fraudulent customs acquittals". He refused.

The report also confirmed, as previously reported by the Sunday Times, that its former leader - known as Skollie - left after he fell out of favour with "top management of SARS".

He was given a golden handshake of over R3-million and replaced by Johann van Loggerenberg.

Van Loggerenberg was put on special leave after his former girlfriend, Pretoria lawyer Belinda Walter, made a damning statement to SARS alleging that he had passed sensitive taxpayers' information to her while they were dating.

The Sunday Times also reported that Skollie was given the golden handshake after he threatened to publicly blow the whistle on the unit's activities.

Asked for comment yesterday, SARS spokesman Adrian Lackay said the Sunday Times "has an opportunity to make submissions to two formal investigations" instituted against the unit: the Inspector-General of Intelligence and an independent inquiry chaired by advocate Muzi Sikhakhane.

Lackay refused to answer specific questions. "You cannot expect SARS to make public statements on a subject matter that is under investigation," he said.