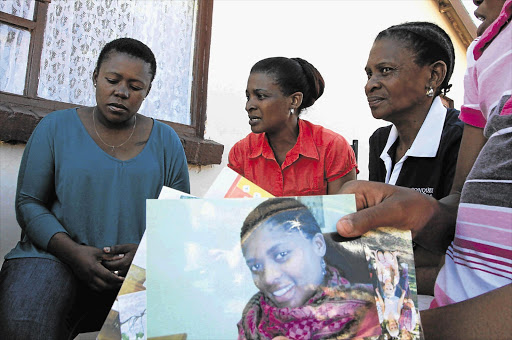 When she does, it will be for the first time in two years.

Mbewu is the mother of drug mule Nolubabalo "Babsie" Nobanda, who was arrested at a Bangkok airport for smuggling 600g of cocaine in her fake dreadlocks.

"The first thing I want to see is her beautiful smile," Mbewu said on the eve of her departure to visit Nobanda in a Thailand jail.

"I'm so excited. I'm taking her sweets, biscuits and biltong. She doesn't like biltong, but I'm taking it to remind her of home."

Mbewu is also taking her daughter underwear, toiletries and books and magazines for after she finishes her exams next Friday.

Nobanda, 25, from Grahamstown in the Eastern Cape, has served two years of her 15-year sentence at Klong Prem Central Prison in Bangkok.

She is in the second year of her communication studies with Unisa, which earned her a job - teaching prison authorities English this year.

When she is not working or studying, she spends much of her time with a close friend from the Free State, Thando Pendu, who was arrested in 2008.

The two were featured in Hazel Friedman's latest book, Dead Cows for Piranhas, which explores the dangerous world into which South African drug mules are lured.

Friedman, accompanied by a camera crew, travelled to Thailand with Mbewu, where they are filming a documentary on drug mules.

The Times further established that Mbewu's visit was part of the family's efforts to obtain a royal pardon from the Thai king.

Advocate Matthew Mpahlwa, who is representing Nobanda, would not comment, saying: "Processes are at a critical stage."

The legal team wrote a letter to President Jacob Zuma in July, calling for "urgent intervention" to ensure "better treatment" of South African prisoners in Thailand.

The letter also urged the government to enter into a prisoner-transfer treaty with the Southeast Asian country.

Mbewu said: "We have not yet received a response from the government, but I hope it does something to help our children."