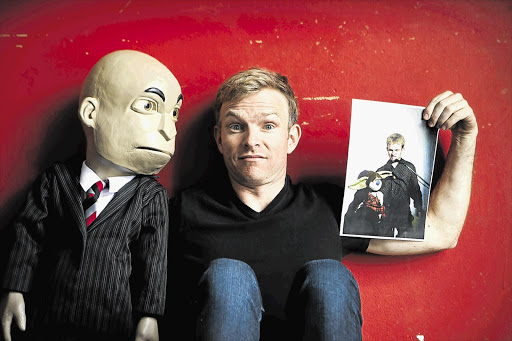 SAY WHAT? Ventriloquist Conrad Koch and Chester Missing have a lot to talk about at Jou Ma Se Comedy Club this weekend

What do a puppet and an Academy Award-winning actress have in common?

They are among the Most Influential Africans of 2014.

The list is published by New African, a news magazine. South Africa and Nigeria dominated with 33 and 27 entries. More than 40 women made the list.

When contacted for comment yesterday, Missing was not even aware he had made the list, but was not surprised.

Missing has become embroiled in a Twitter war with singer Steve Hofmeyr, which goes to court tomorrow.

It is the first time a puppet has been cited in court papers.