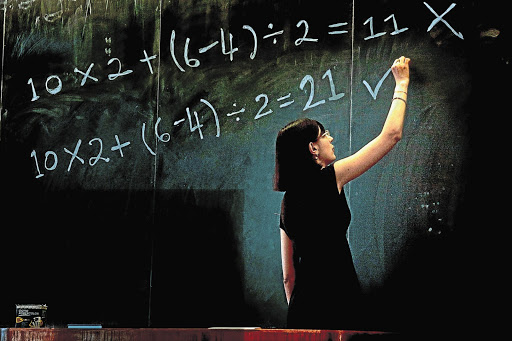 Teachers are venting their anger and frustration on each other.

The council conducted 270 investigations, 50 disciplinary hearings, and three mediations after receiving 346 complaints against teachers between April 1 and December 2.

Most of the complaints involved corporal punishment, sexual abuse and teachers assaulting each other.

Cases of unprofessional conduct, which includes teachers assaulting each other, alcohol abuse, absenteeism and insubordination increased by 77 to 146 between 2011 and this year.

"You often find issues in the community being dragged into the school," Dipholo said. "It's rare that you find the cause of the conflict is linked to work. Some teachers have even taking out restraining orders against colleagues."

Dipholo said the Council of Educators would talk to district education officials about finding ways of reducing the incidence of teacher-on-teacher assaults.

Thirty-one teachers were banned from teaching indefinitely - all for sexual offences against pupils - and 161 "advisory letters" [written warnings] were sent out.

"Unfortunately there are some teachers who are not fit to be in the classroom - not fit to be where children are present," said council CEO Rej Brijraj.

"As much as some of them could have been good teachers, whose experience and qualifications we need, we are not prepared to sacrifice our pupils for them."

He appealed to the public to report the misconduct of teachers, and urged parents "not to comply with perpetrators in any way".

"It is a matter that we feel needs to be exposed and addressed by all of us so that our children are protected."