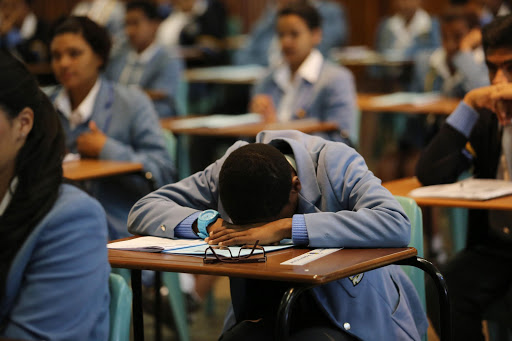 The government, teachers, parents and pupils are all to blame for the expected drop in the national matric pass rate.

The results are predicted to drop by between 3% and 4% from 2013 ahead of Basic Education Minister Angie Motshekga’s announcement of the 2014 results in Johannesburg later today .

Education expert and researcher at Stellenbosch University, Nic Spaull, said one of the two over-arching problems in education in the country was the lack of accountability at all levels of the system.

“Essentially there are no consequences for non- performance, both at school and in the bureaucracy,” he said.

The second problem is the lack of capacity at all levels in the system, Spaull said.

“Many teachers do not have the required content knowledge and teaching skills required to teach the curriculum. This is partly due to inferior teacher training during apartheid, but also due to the low quality of in-service teacher training in the post-apartheid period,” he explained.

A 2014 report by the Joint Education Trust Education Services found, among others, that though most Grade 4 to 6 teachers will, at some stage in their careers be required to teach maths, they were not adequately prepared to so by institutions of higher learning.

Similar findings were made with English, which revealed that not all intermediate phase teachers specialised in teaching English as a first language at any of the five institutions where research was conducted.

“It is totally unfair to blame the teachers ...You have a huge responsibility as a teacher to change (a problem) child’’s behavior but if there is no contribution from the parent, you are not going to successful,” he said.

He said pupils who bunked school, did not study or pay attention in class, were rarely held responsible for failing.

Maluleke said the department was responsible for support and resources for teachers and pupils, which could lead to sustainable quality results.

National Professional Teacher’s Organisation of South Africa’s Basil Manuel said: “The role that parents must play sounds so obvious but it certainly is not in our context. We find that parents of children in the junior primary are very active, attend meetings, sign homework and read with their children in much greater numbers than in high schools. In the senior primary we see trends change and parents, possibly assuming their children are more responsible, play a very distanced role.”

Manuel said teachers must embrace in-service workshops more as profession development was as much up to an individual as a departmental responsibility.

Manuel and Maluleke said reskilling all teachers in the system was vital due to the curriculum changes.

“Class sizes, resources are all important but good teachers achieve with minimal resources. Train the teachers in the right areas,” Manuel said.

Spaull said to improve education in the country, a few goals should be prioritised and a “do-everything” approach should not be taken.

“For example we should have a primary goal of ensuring that every child reads fluently by the age of 9 (Grade 3). Reading is a fundamental skill on which all further learning depends. Lastly, we need to evaluate interventions in a small scale to see if they work, and only take the ones that work to scale,” he said.

Asked what could have led to the incidents, Mhlanga said he could not “speculate” as the investigation would establish the causes and reasons for the cheating.

He yesterday told The Times that additional cheating at five other provinces reported in the Sunday Times yesterday were “ordinary irregularities“, including sneaking in of crib notes and the use of gadgets such as iPads to copy from.

Mhlanga said the number of reported incidents were “too small” to affect the integrity of the exams, considering there were a total of 7 641 centres across the country.

But National Teacher’’s Union spokesman Allen Thompson said group cheating was a new phenomenom, which, if not probed and stopped, would lead to the education system being doomed.

Thompson called for a probe into the motive for the group cheating, which he speculates was a result of pressure on schools to perform well.

“Teachers at poor performing schools experience intense pressure from the department when their pupils fail ... and principals are threatened to be transferred from a high school to a primary school, as if teaching at a high school has some sort of status,” said Thompson.

"The investigation must answer why teachers would risk their qualification and integrity to help strangers? What was the motive?"